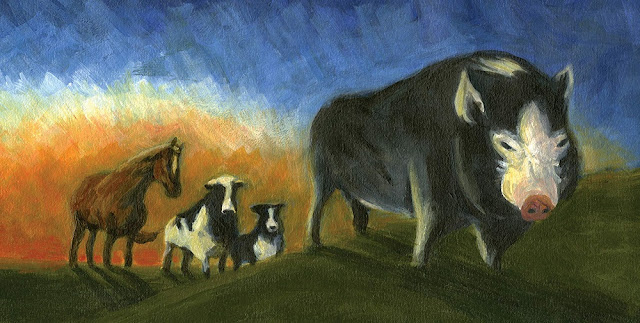 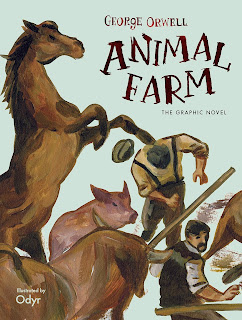 Snowball Made Me Do It

Hearing the name George Orwell brings to mind different things for different people, but literature is usually the underlying commonality. For me Animal Farm was a novel that sucked me in, and I really think I finished it in less than two hours because the unwinding story had that much hold over me.

My first time reading it I was in High School, and then fast-forwarding to 6 months ago, I saw a graphic novel version. I was intrigued, but also seeing the art style meant that I had to have it. 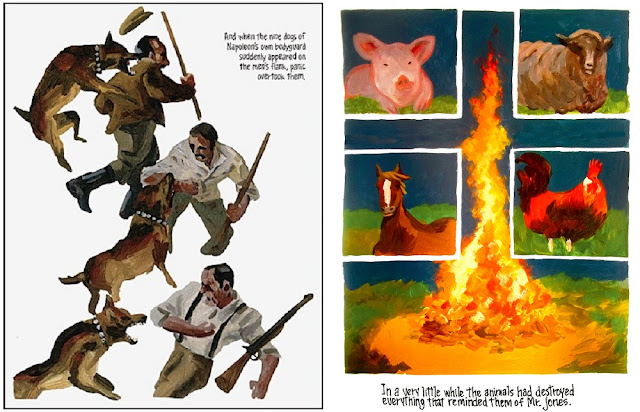 First things first, Animal Farm was originally published in 1945 by Eric Arthur Blair, whose pen name we know was George Orwell. The story's set on Manor Farm in England which is owned by Mr. Jones, an irresponsible alcoholic. Tired of the abuse his animals start to become restless. Old Major, a boar with exalted status, tries to rally the animals to see that their care is not all that it could be. Two male pigs, Snowball and Napoleon, take up the battle cry after Old Major passes and unite the animals to overthrow humans, allowing them to work for, and be in charge of, themselves.

Once they succeed in their endeavor to be free, they work together to create beliefs that they will live by. The most important of these is that "All Animals Are Equal." In the beginning, everything works well, the farm is plentiful and there's no fighting. Snowball works with the animals on learning and reading, while Napoleon is has plots and plans of his own.

Slowly, but surely, things take a turn for the worse and Snowball is exiled. Napoleon takes over the lead and the animals face dire futures, as they learn lessons about greed. 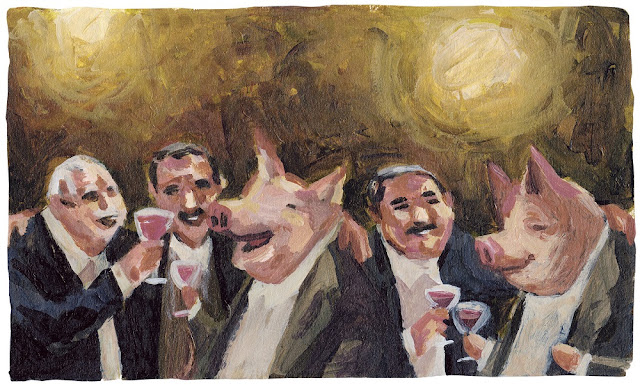 The Moment They Knew

For me, the part of this story that always stuck out was the pat played by a horse by the name of Boxer, a character who was brave in the Battle of The Windmill and was, quite literally, a workhorse. He wanted to see the animals thrive and live in freedom and prosperity, but knew it would take work to get there. He worked himself until it was time for retirement and the animals were supposed to receive the sweetest of retirements, grazing freely now that their life of work and contribution was done. What Napoleon does to Boxer breaks my heart every time.

Boxer had been there from the beginning, and had fought and worked hard to see his fellow animals succeed. In the end he was, instead of being put to pasture, sold to a slaughterhouse for glue. In the end, the animals see that the pigs in charge are no different than the humans who had mistreated them in the first place. 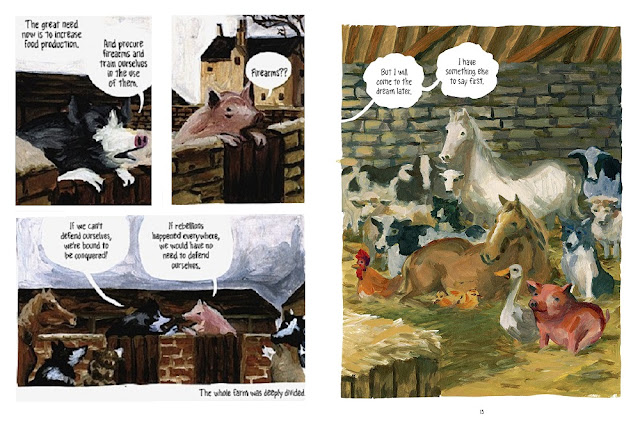 Odyr has given faces to these animals in a way I would have never thought possible. His adaptation adds more to the story and, in fact, delivers a heavy level of impact. His vision of these animals and their setting at Manor (Animal) Farm is superbly done. It's conveyed in a way that draws the eye to his pieces, and fully lets the words of Orwell sink in. Whether you're looking at the simplistic moments of joy, seeing the animals relax after winning the battles, or the heart-wrenching scenes, like those of the Mother Hens fighting for their babies.

Odyr has given the story another few layers, enhancing how the reader takes the story in. Visually, the artwork is breathtaking and reminds this reader of Beasts Of Burden, as artist Jill Thompson uses a similar painting style to help the characters of that series come to life.

From the beginning to the end of the tale, your complete attention is held, even for those who know what's coming, and it's a harder book to set down, as you don't want the story to end. 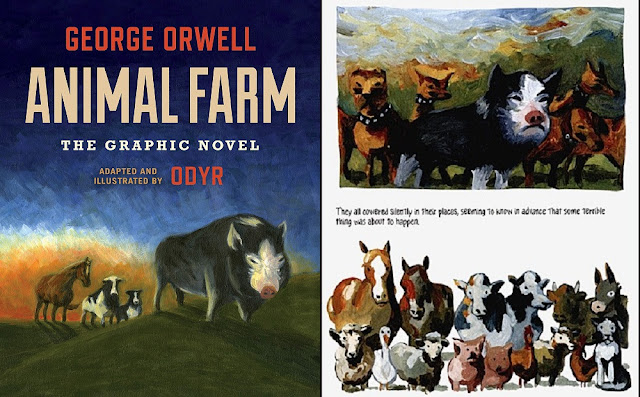 I went into this version of Animal Farm unsure of what I would find, or if it would garner my attention like the novel did. I was pleasantly surprised at, not only how well this book was illustrated, but because the adaptation of Animal Farm was done so well that, even though there are pieces missing that were in the novel, they're not ones that hinder the overall story, or the message that Orwell sought to send.

Odyr has done a masterful job of bringing all of the different human and animal characters to life through his art, and it was a beautiful story visually. If this is a classic that you enjoy, I highly recommend this adaptation, as the messages still ring true today.

What is your favorite classic? Leave us a comment below and tell us what you thought of the novel, graphic novel, or just the tale in general. See you next time!