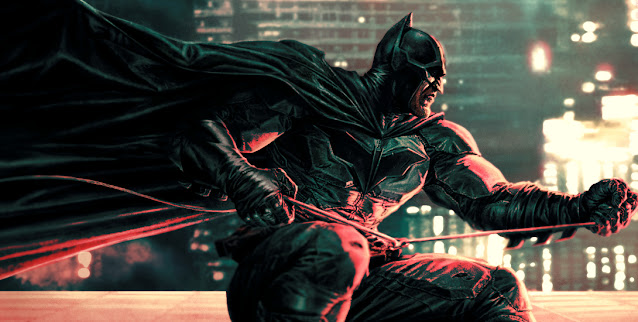 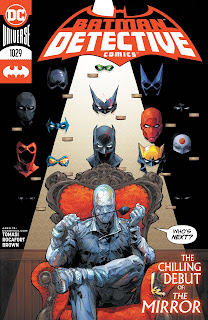 Several great titles ended this month, and Teen Titans will see its finale in November. This means that many characters I love have question marks hanging over their futures. Detective Comics #1029 clears up doubts about one such character, while introducing another, all-new one, in The Mirror. As the title suggests, just “Who Are You?” our shiny faced enigma?

Peter J. Tomasi continues to dangle small, yet enticingly delicious carrots for us to follow. We have a populace divided between those who support Batman, and those who want to see him unmasked, even amongst elected officials and the police. Plus, after the “Joker War” left Bruce Wayne homeless (manorless?), and without his billions, we’ll be seeing a very different Dark Knight in the months to come. Now we have yet another new adversary for Batman… or do we?

Is The Mirror really a new baddie, or does the brilliant Rob Leigh’s green question mark title on page two, reveal more than we originally thought? It truly is a riddle. 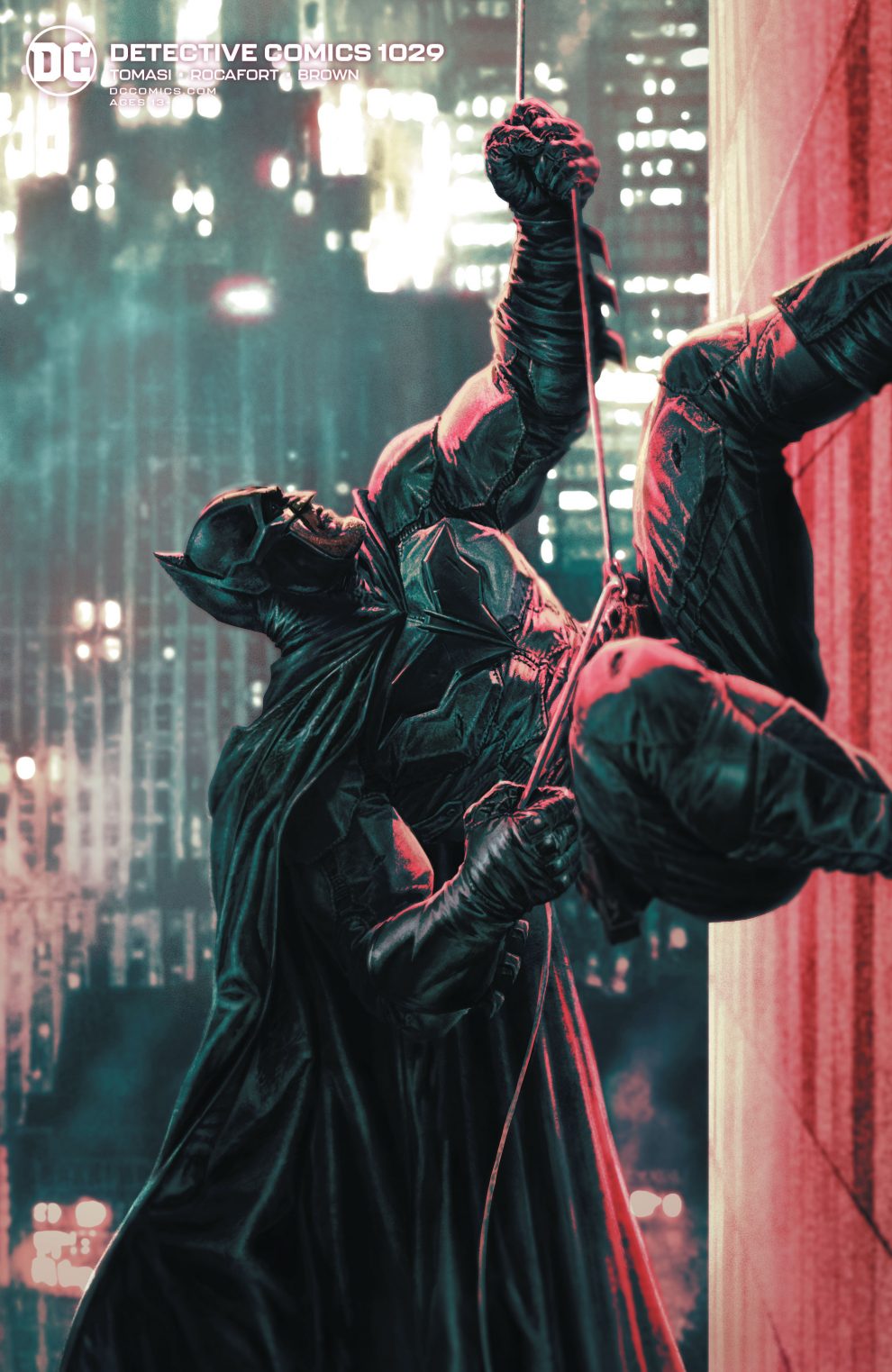 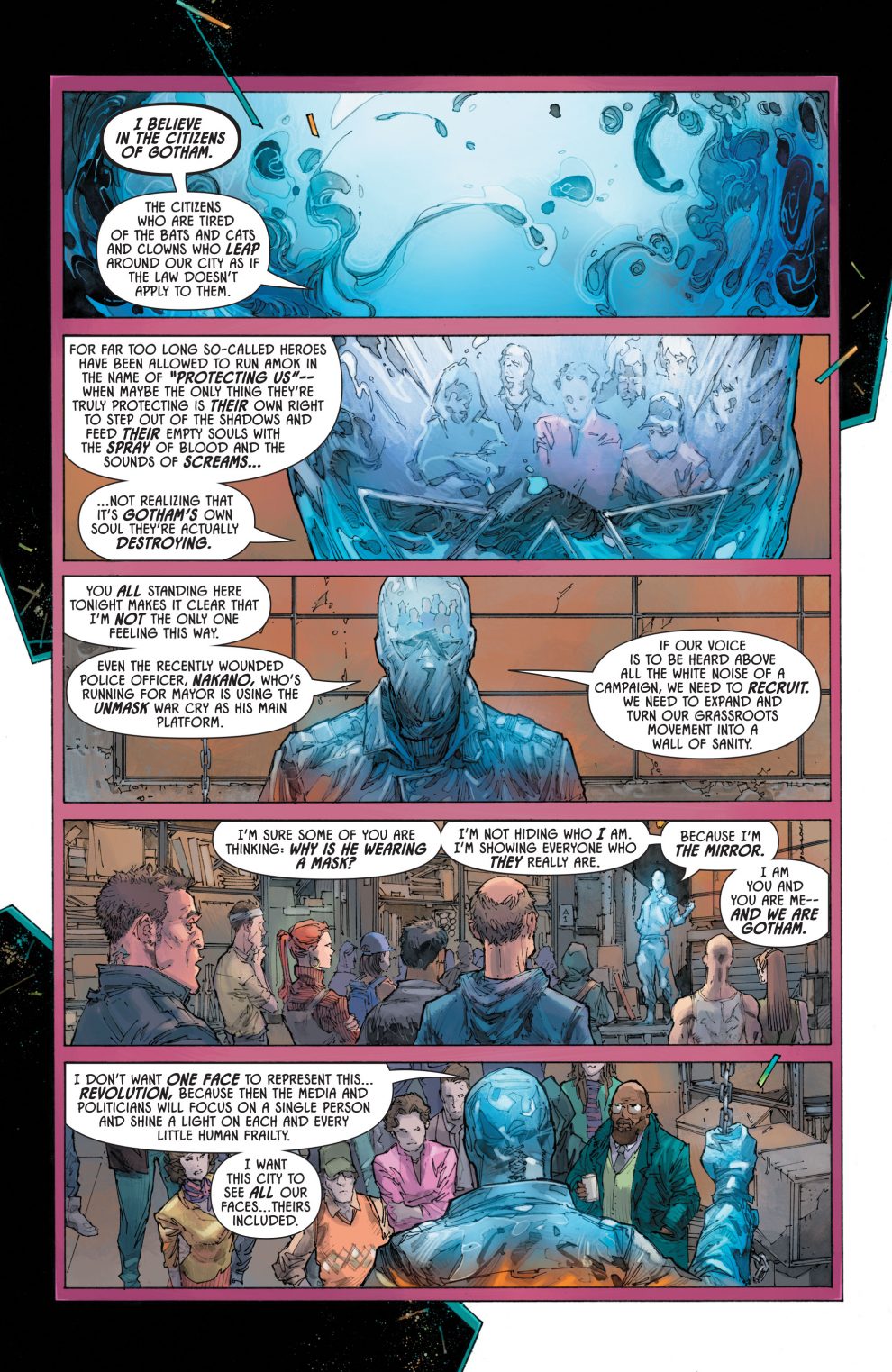 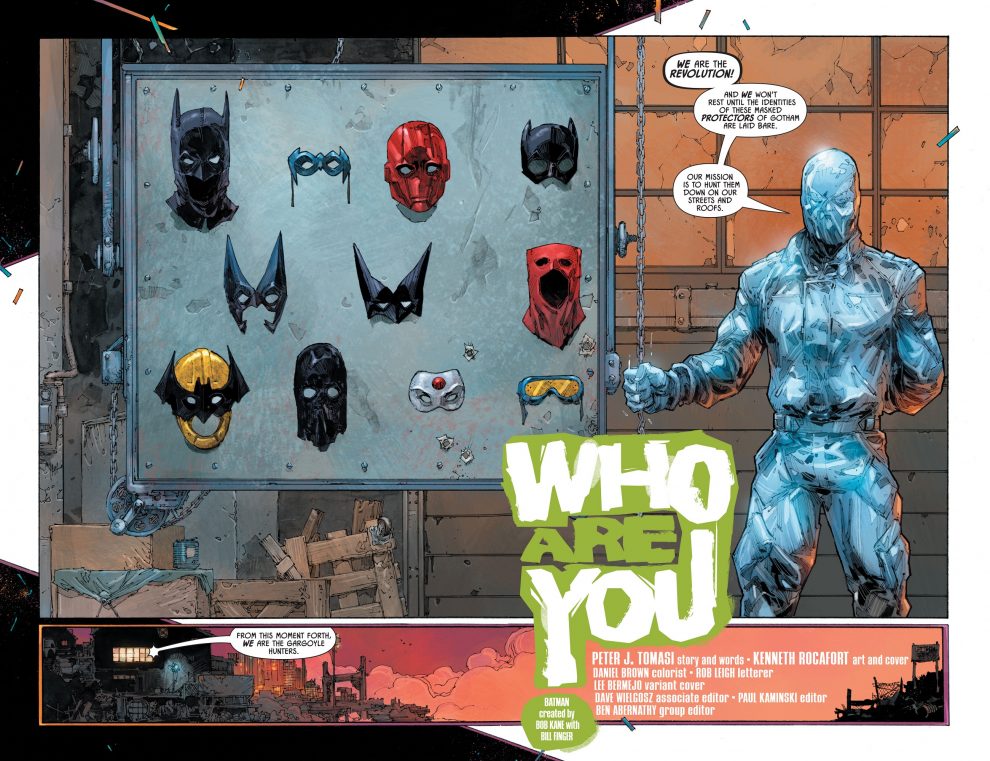 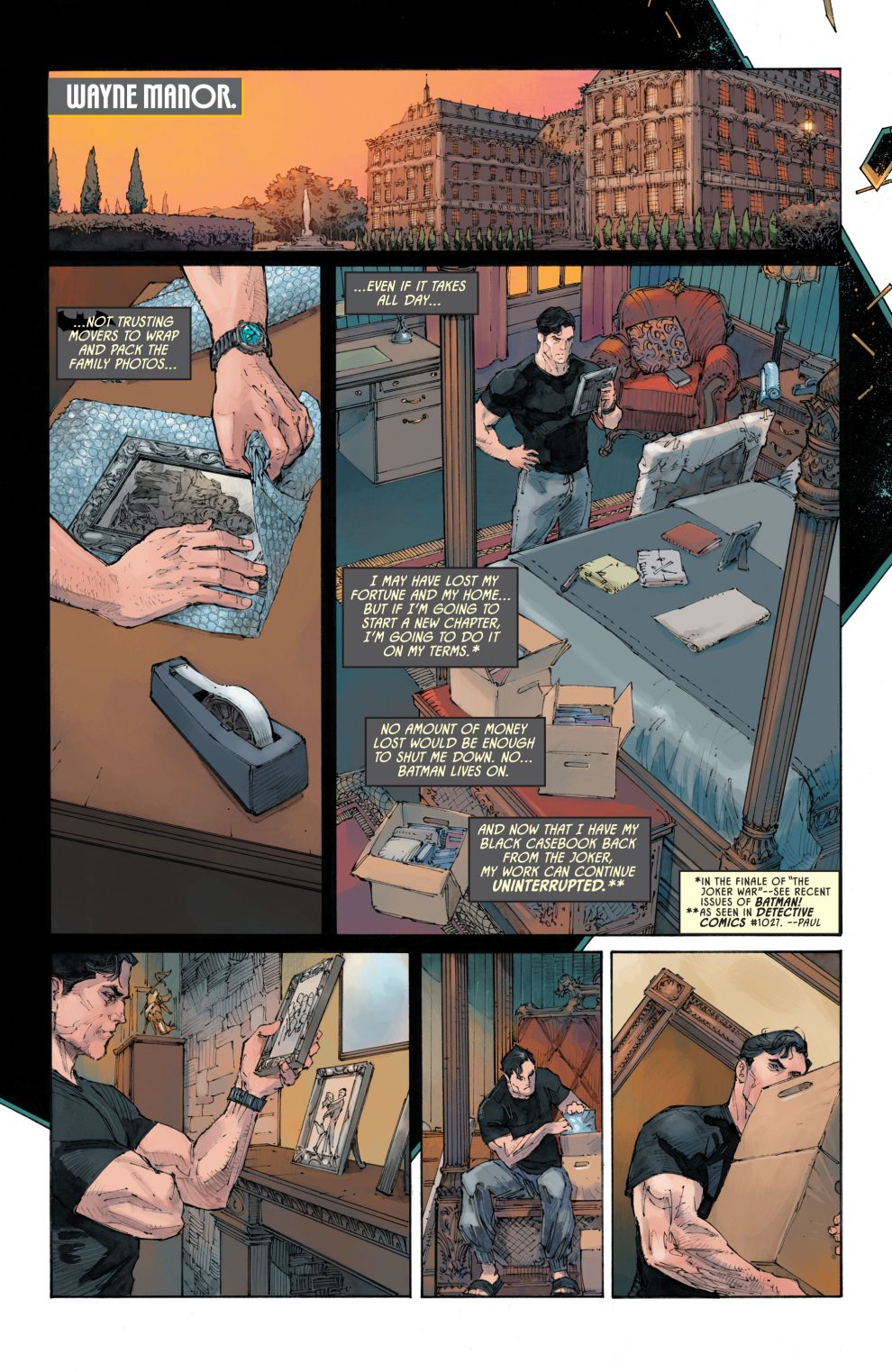 What there’s absolutely no doubt about is that this book looks gorgeous. Kenneth Rocafort has drawn a great issue, and Daniel Brown’s colors are terrific. Drawing and coloring metal is a very hard thing to do, so what these two talented artists have achieved with The Mirror is admirable. Put your sunglasses on, folks… this guy’s gonna blind us with science. Thank goodness Batman operates in Gotham, and not L.A.

Something I spotted in this issue, which I really enjoyed, was the endless stream of ticker-tape confetti, which was dropping from the sky, to from, and even through panels, throughout the whole issue. It added to a sense of unease, which helped elevate the tension. Batman has questions throughout, one of which is answered (as was mine, from the first paragraph of this review) in the last two pages of the book.

Detective Comics #1029 was yet another rock-solid issue. I love this title, and have done for decades. Peter Tomasi, and a slew of wonderful artists, have kept the quality high for coming up to two years now… yes, since issue #994! Doesn’t time fly when you’re having fun?