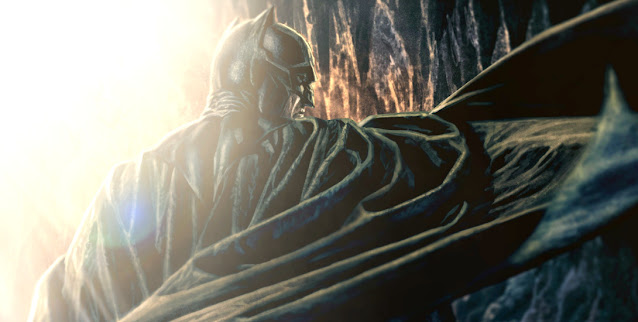 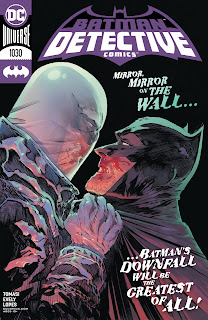 Detective Comics #1030 turns up the heat in every way imaginable, and is a real page turner from cover to cover.

Writer Peter J. Tomasi hasn’t step a foot wrong since taking over this series, and this issue ranks amongst his very best. Not only do we get to see more of Mayoral prospect Chris Nakano’s story, but more of Damian Wayne too! After Damian recently quit being Robin he’s been missing from comics pages, but the conclusion of ‘Tec #1029 brought him right back into the spotlight. With this issue, Tomasi does a terrific job of both following on from the landmark Teen Titans Annual #2, and his own storyline too.

The mystery of the Black Casebook (which we first saw back during the legendary Batman run by Grant Morrison and was reintroduced in the magnificent Detective Comics #1027) also continues in this issue. The heart of the story also delivers a fantastic appearance by Nightwing, Batgirl, Batwoman, Orphan, and The Signal. I love it when the Bat-Family makes an appearance, and in this issue we get a whole bunch of them, including Bruce’s son.

I was wondering what would become of Damian Wayne, and finding out that his story will continue under the guidance of Peter Tomasi has really alleviated many of my fears and concerns. This is the writer that wrote the fantastic New 52 iteration of Batman and Robin, and he’s also the creator of the Rebirth era’s very own World’s Finest Team, as the writer of the fun packed Super Sons, and Adventures of the Super Sons. As such, in my opinion, there’s no writer more deserving, or better suited, to the task of continuing Damian Wayne’s story. 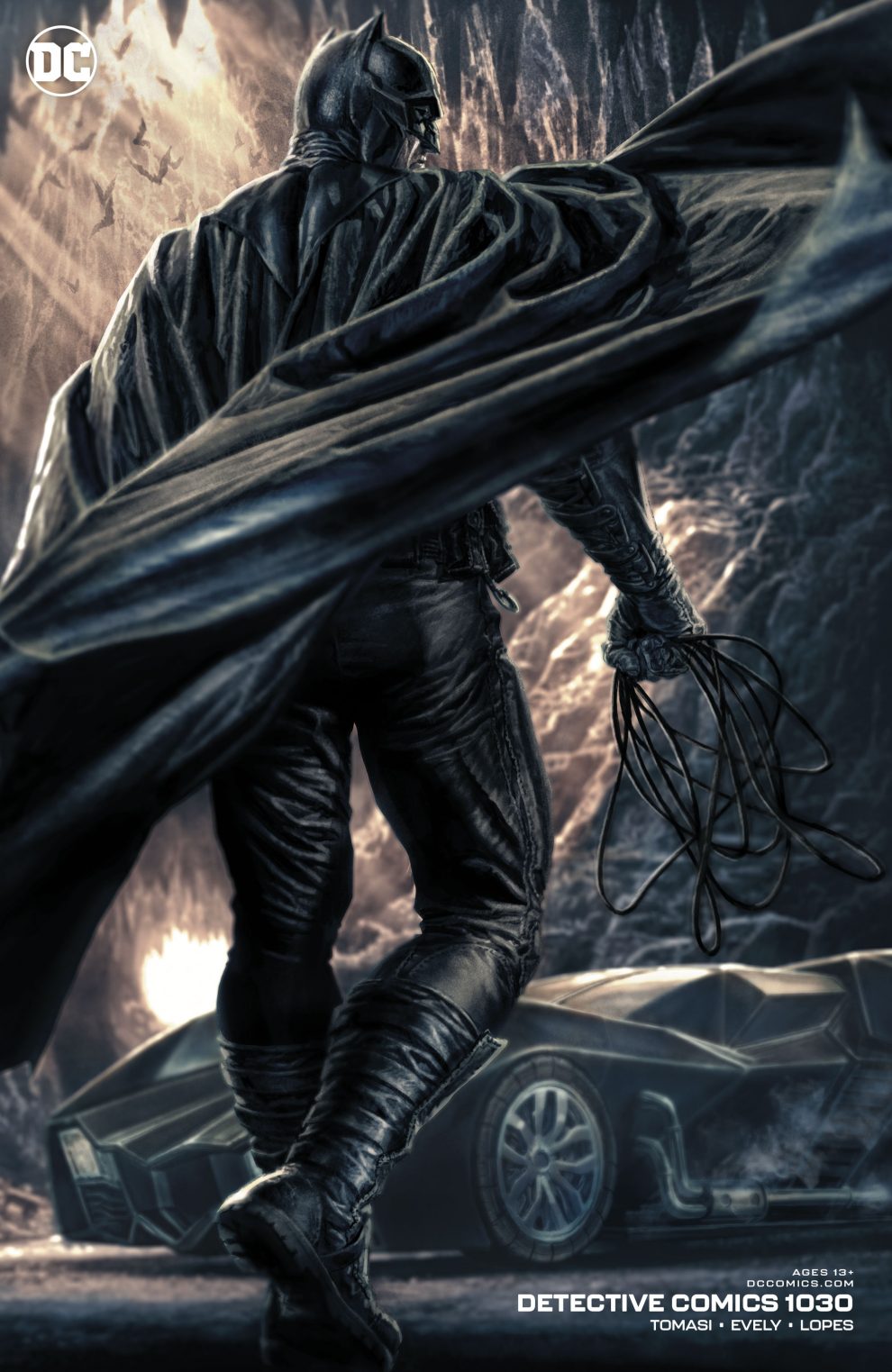 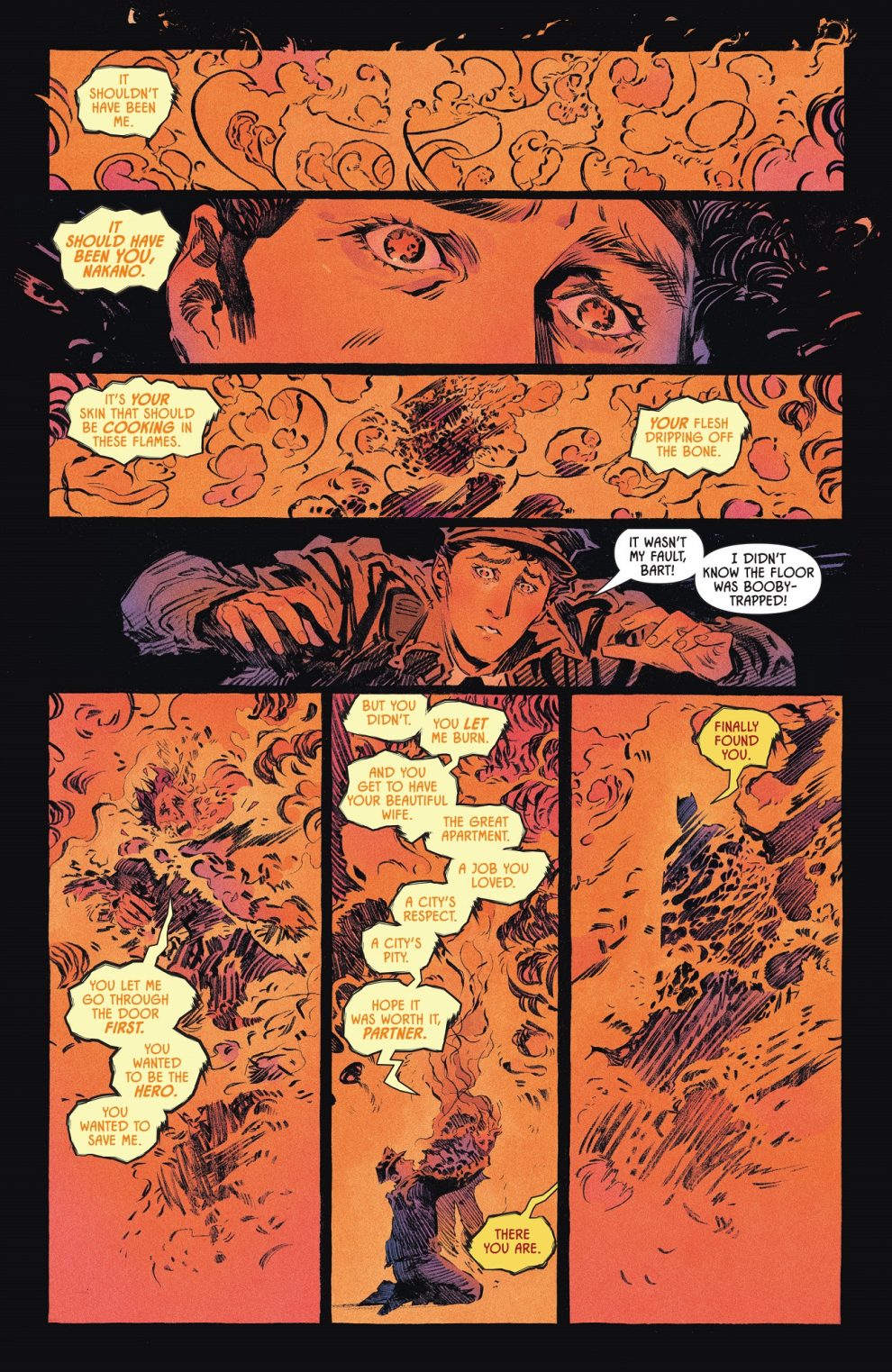 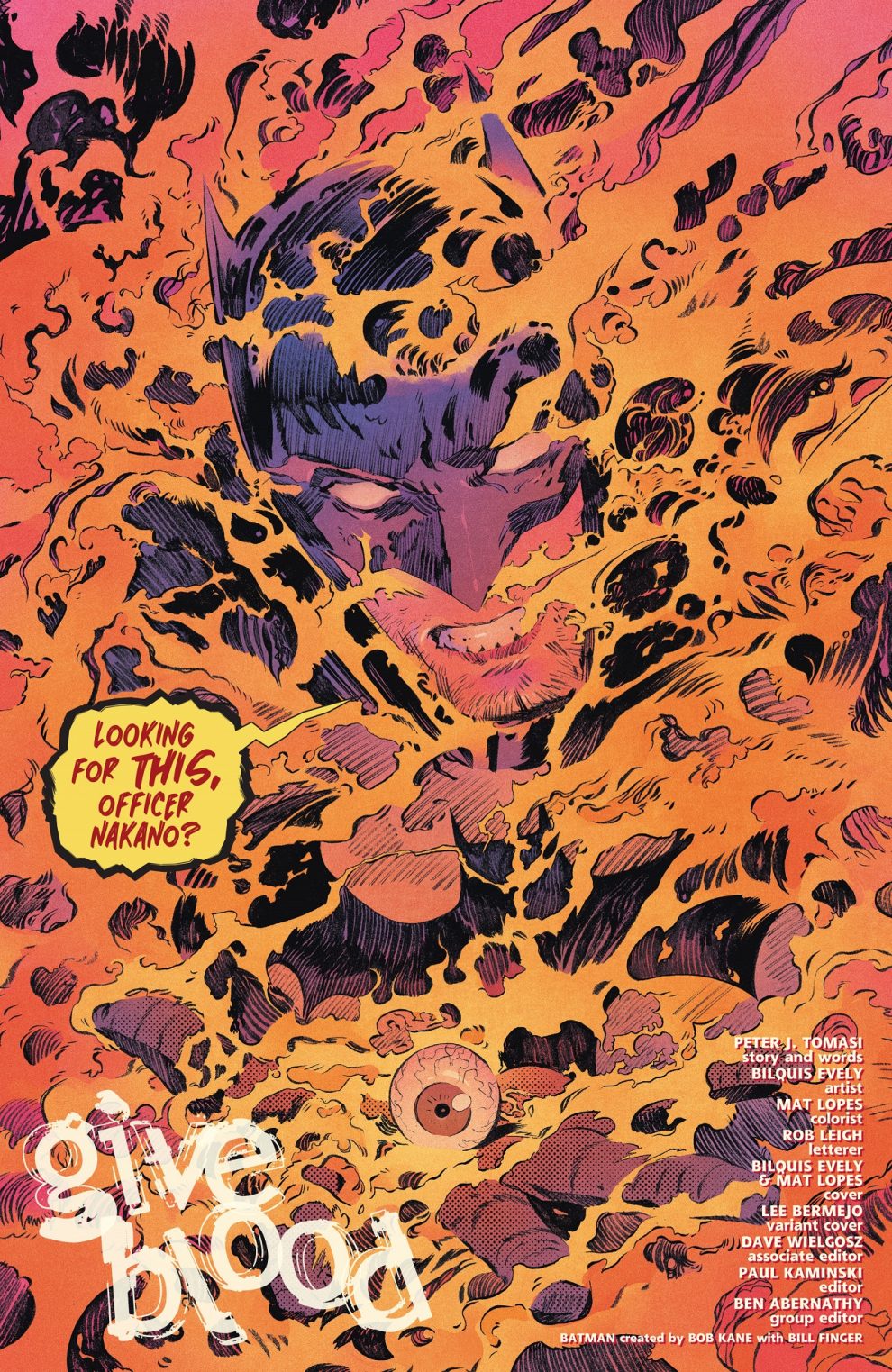 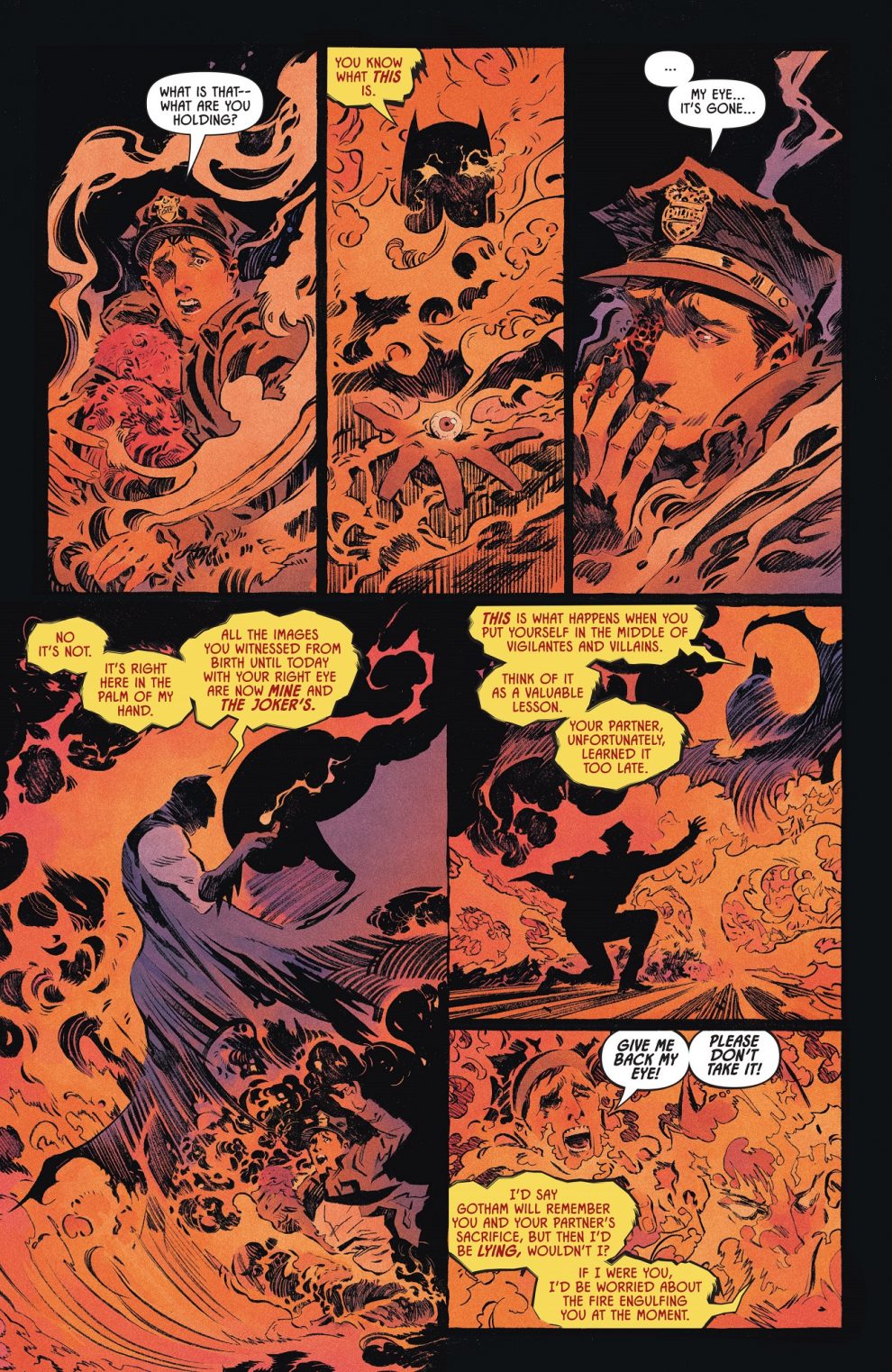 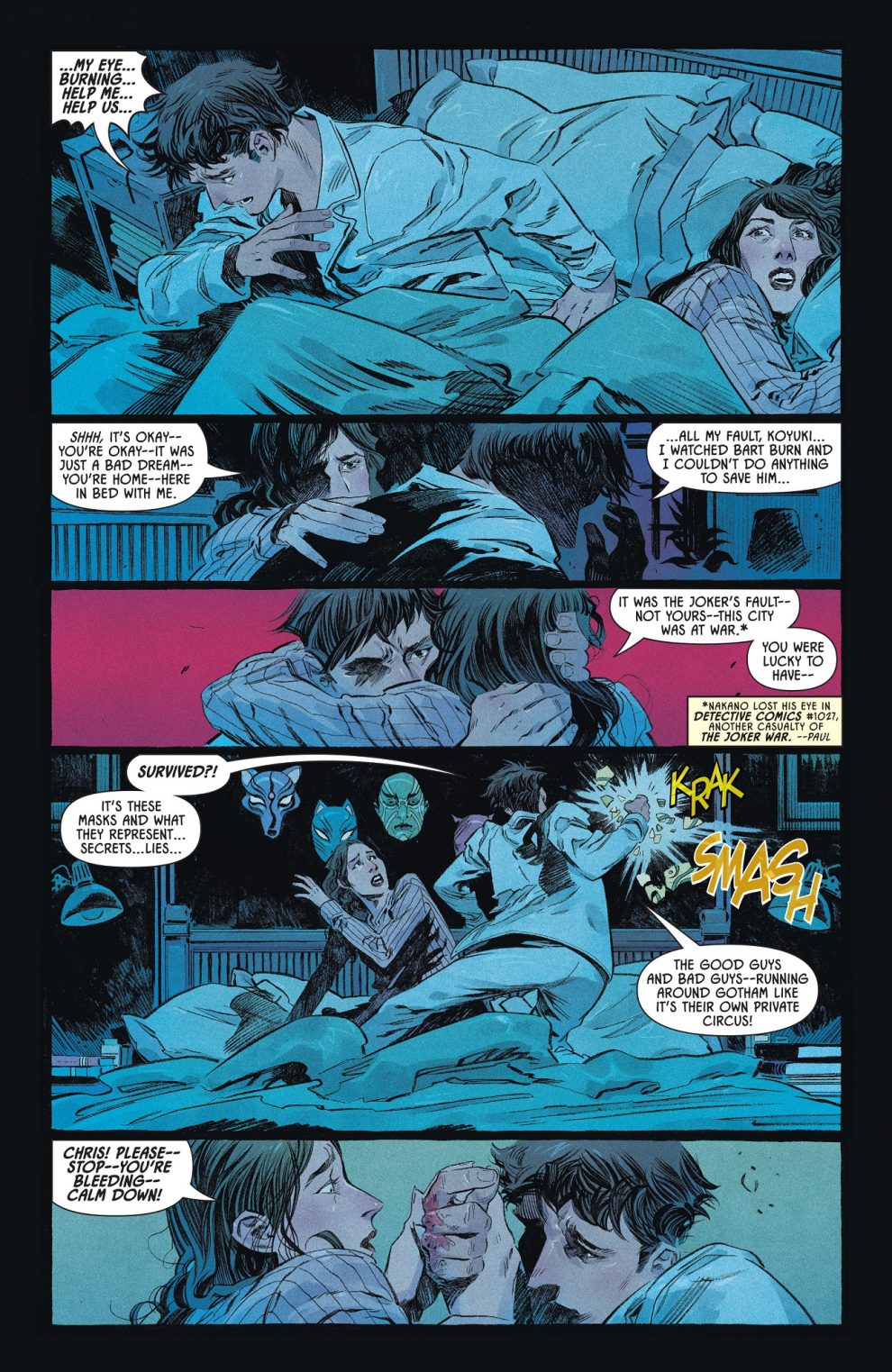 Match Made In Heaven… Or The Warmer Place

Speaking of perfectly suited, the script in this issue, particularly the horrific and gruesome opening pages attached, were almost made for Bilquis Evely. I’ve been a fan of this talented lady for quite some time, both because of her work on Wonder Woman, and on The Dreaming – a series I collect. I love her flair for nightmarish, scary and dark storylines, as well as her fantastic capacity of capturing real emotion on her character’s faces. She’s a wonderful storyteller and, as a fan of her incredible talent for dark fantasy, I believe that she’s a perfect fit for Batman.

As a fan of Bilquis’, seeing her work once again colored by her artistic partner on The Dreaming, Mat Lopes, made my day. These two really are a dream team. Just look at the pages provided! The feeling of overwhelming, suffocating heat in the nightmare sequence on pages 1-3, is beautifully broken by the awakening on page four. The stark contrast between the warm reds, oranges and yellows of the nightmare could not be further from the cold, night-time, blue and purple hues of Mr and Mrs Nakano’s bedroom. This is fantastic work.

I love Rob Leigh, and his art is as masterful as Bilquis and Mat’s in this issue. I mean, look at the nightmare Batman’s dialogue balloons, and then feel Nakano’s fist punching against the mask he shatters on his wall display. Not only is Mr Leigh one of the most prolific letterers working today, he’s one of the very best.

Detective Comics #1030 is bordering on flawless. The only gripe I have is that The Mirror, who appears on the cover, didn’t actually appear in the book itself… but that’s a minor quibble. When I pick up my physical copy of the book, I’ll just grab the stunning Lee Bermejo variant cover instead.

Since Peter J. Tomasi took this title over there hasn’t been a single issue I haven’t liked, or absolutely loved. This new storyline has started strong, so I’m keen to read more.