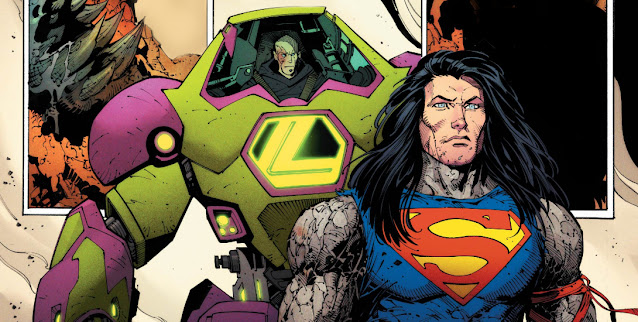 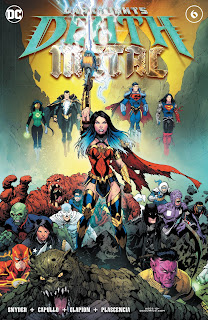 It’s all out war in the brilliant Dark Nights: Death Metal #6, with Batman and Superman leading the hero and villain armies, while Wonder Woman attempts to relight the Forge of Worlds with Lobo. Hot on the heels of the deep, and honestly beautiful Dark Nights: Death Metal – The Last Stories Of The DC Universe, this issue continues delivering powerful blows to the feels, as well as the blistering, bonkers, bellicose battles we want, and expect from great comics entertainment. In a series that’s been great from the start, this penultimate issue could be the best to date.

Scott Snyder delivers some great character moments, and terrific one liners. Look out for an exchange between Nightwing and Joker, and a really touching moment between Batman and Superman. Never has the World’s Finest Team been as open with how they actually feel about each other. It’s brilliant stuff.

Greg Capullo and Jonathan Glapion deserve a medal. Drawing team book must be a nightmare, so tackling a story that has a cast this large is mind-boggling! These artists deliver action, storytelling, character and heart with style. The facial expressions and the emotions they convey elevate Scott Snyder’s words. I love these characters, I feel for them, and want to battle alongside them. 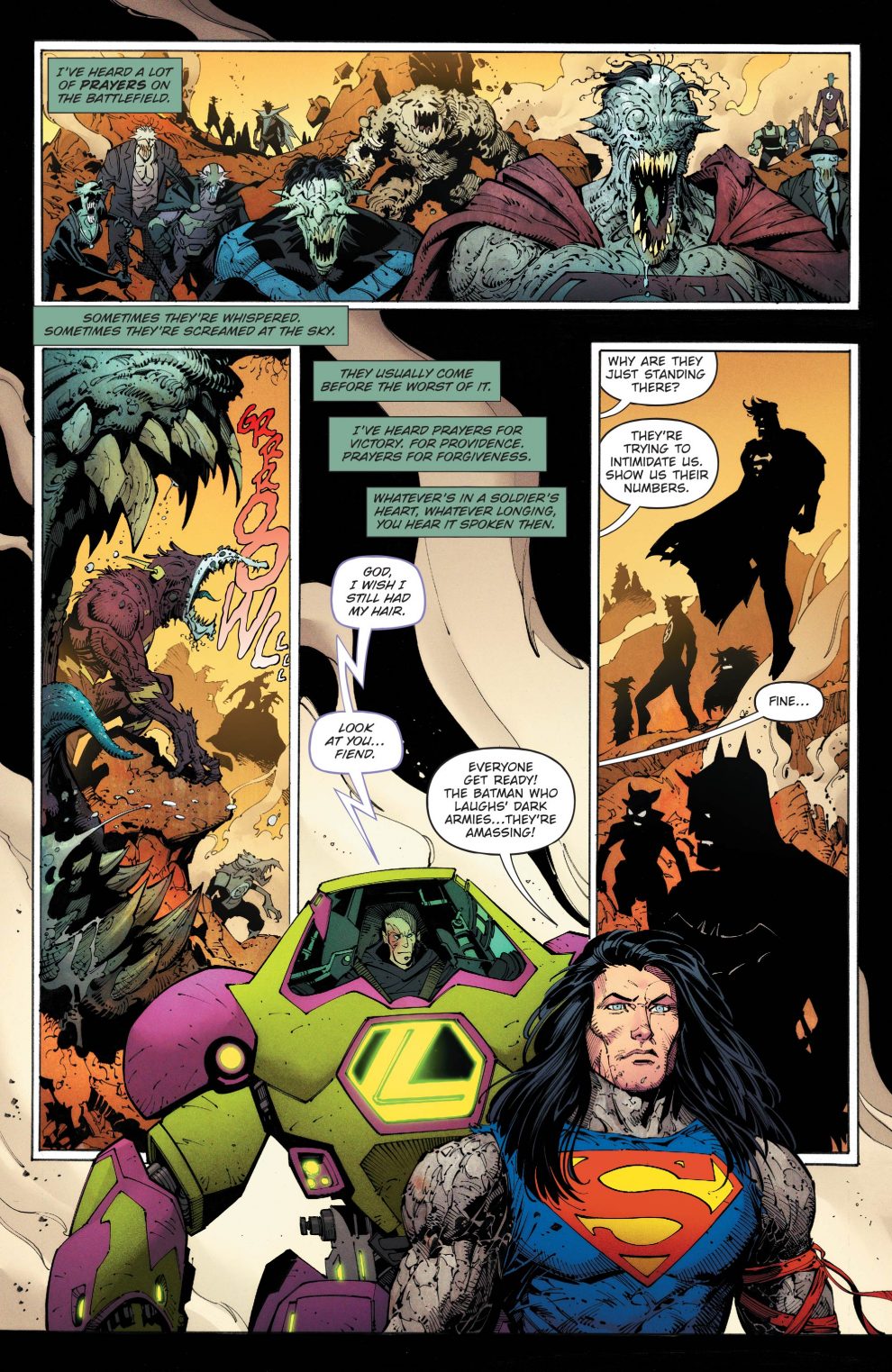 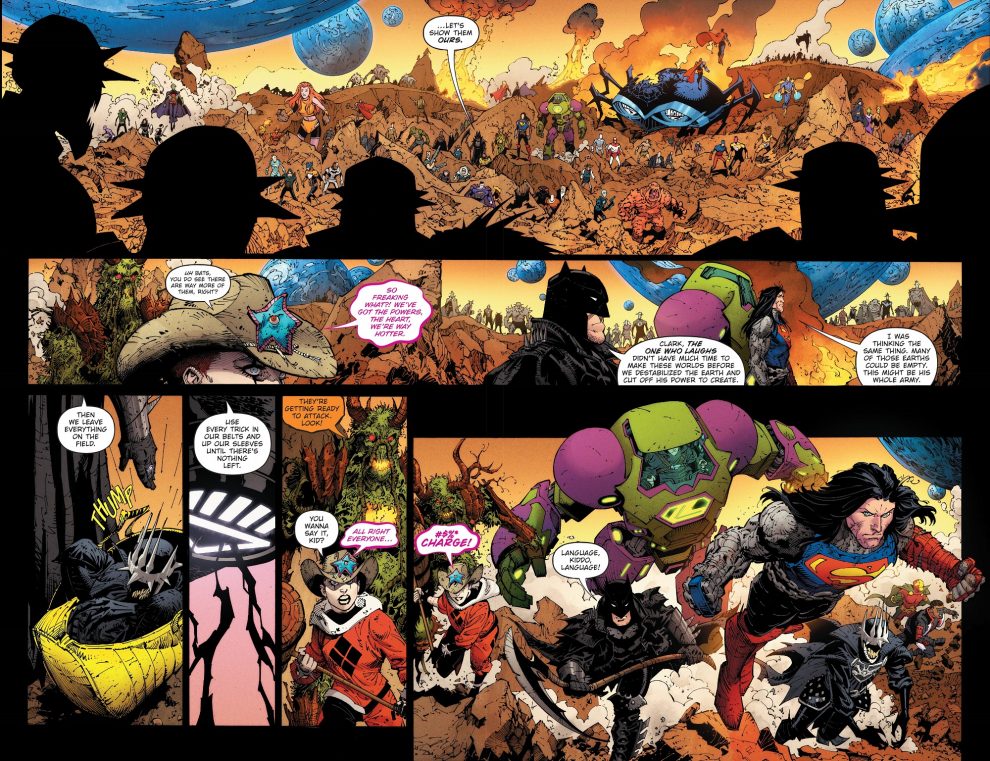 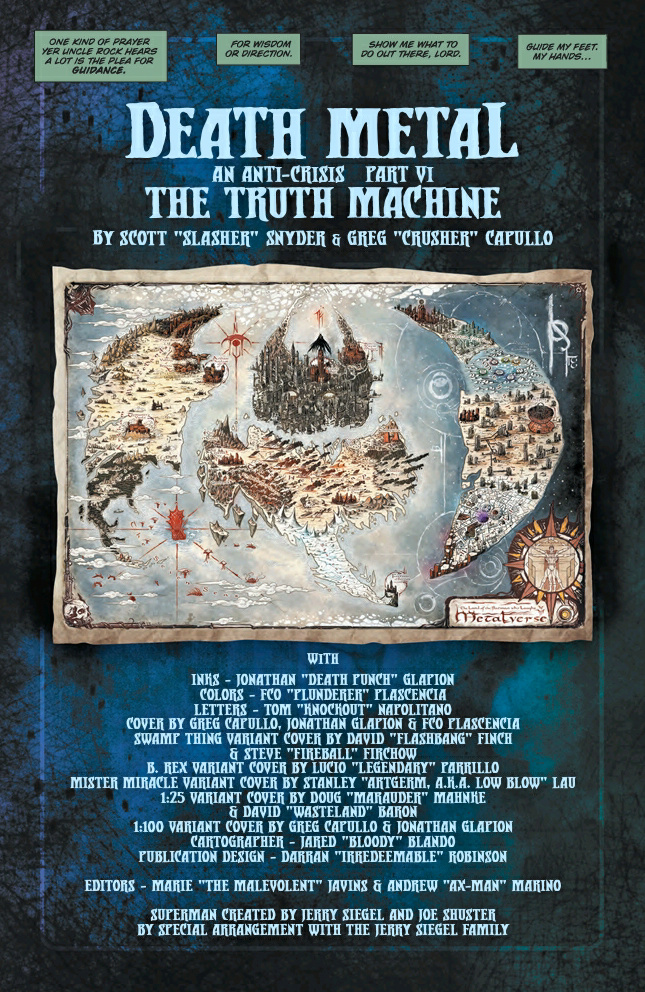 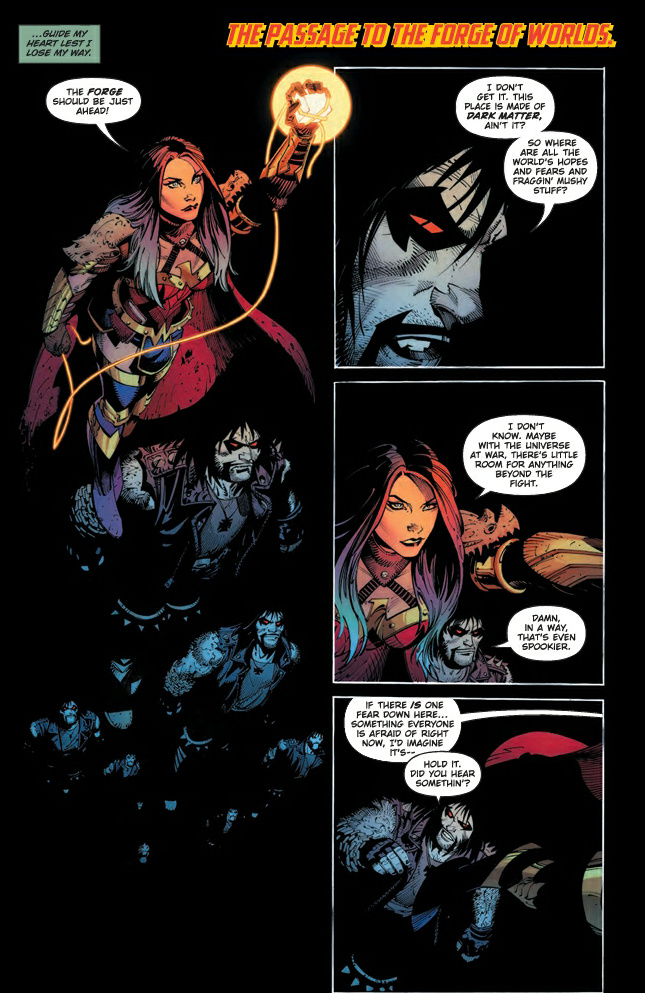 FCO Plascencia and Tom Napolitano’s efforts are every bit as gargantuan, and as gorgeous, as those of their frequently more lauded, and recognised colleagues. These books are wordy, but never boring, or a chore to read. Thanks, Tom. Capullo and Glapion’s art is gorgeous, but Plascencia’s colors take them from great to excellent. Comics are a team effort, and the team behind this series is as awesome as the group of heroes and villains fighting to take down the Darkest Knight, and his army of evil.

Everyone knows that Wonder Woman is awesome, but the conclusion to this issue will change the minds of the few who may not agree. Oh, and Lex’s comments to Superman, regarding his manly locks, is priceless.

The one criticism I’ve heard about this series is that there’s too much of it; bearing in mind that there have actually been more one-shot tie-ins than there have been chapters of the main series, and due to the fact that we’ve had a five part Justice League: Doom Metal arc thrown in, too. When I received my review copy of Dark Nights: Death Metal #6 (thanks, Scott), I immediately re-read issues #1-#5. Anyone can enjoy this story without all the extras, but those who have (wisely) invested in picking up every issue will receive a powerful, and truly rich reading experience. My only criticism is that there’s only one issue of the main series left!