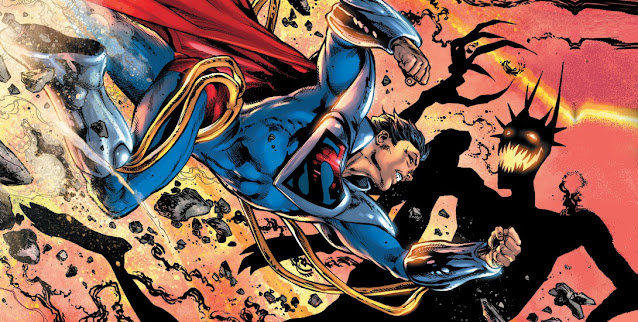 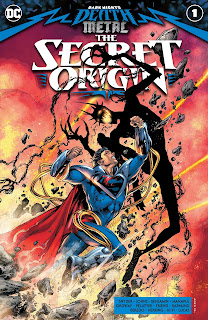 A look at the creator credits for this issue will excite any comics fan, yet no matter how happy that listing may make you, it will pale in comparison to the joy that reading the book itself will give. Dark Nights: Death Metal: The Secret Origin is a fantastic comic-book on every level imaginable.

I don’t believe I’ve ever read a Scott Snyder/Geoff Johns collaboration before, but if this is an example of what they can do together on a one-shot, then I want a whole series! This book isn’t just an incredible chapter in the Death Metal saga, it’s a tale of fandom, meta madness, action, sacrifice, heroism, and everything in between. I cannot express how much this comic took me back to my childhood, my teenage years, and to being a young adult. It also validated all my reasons for being a grown up man who still reads, and still adores, comics.

Look, Up In The Sky

I’ve followed the saga of Superboy prime from day one. I have all the old Crisis On Infinite Earths issues,  Infinite Crisis and everything that came before this. I’ve seen him as a wide eyed innocent hero, and watched him walk off into the sunset alongside the original Golden Age Superman. I witnessed his return, his descent into madness, and mourned the loss of a hero. This issue is the payoff, and the reward for all that, and I loved every minute.

Krypto, Lori Lemaris (kinda) Conner Kent, the Cyborg Superman, they’re all here. in fact, every single era of Superman is represented beautifully. We also get a story that’s written by comics fans, for comics fans… and that’s special. I got a kick out of Clark reading classic issues from a spinner-rack, and at seeing titles I remember, and even own, in the hands of a child who loves them. This issue looks at all the ridiculous things about comics, but with love, not ridicule. There are very meta moments, and they’re brilliantly handled.

This isn’t just a great Death Metal Chapter, it’s also the perfect epilogue to Doomsday Clock, and a clear indicator as to where DC Comics are heading. This comic is smart, it’s fun, and it’s emotional… it’s great! 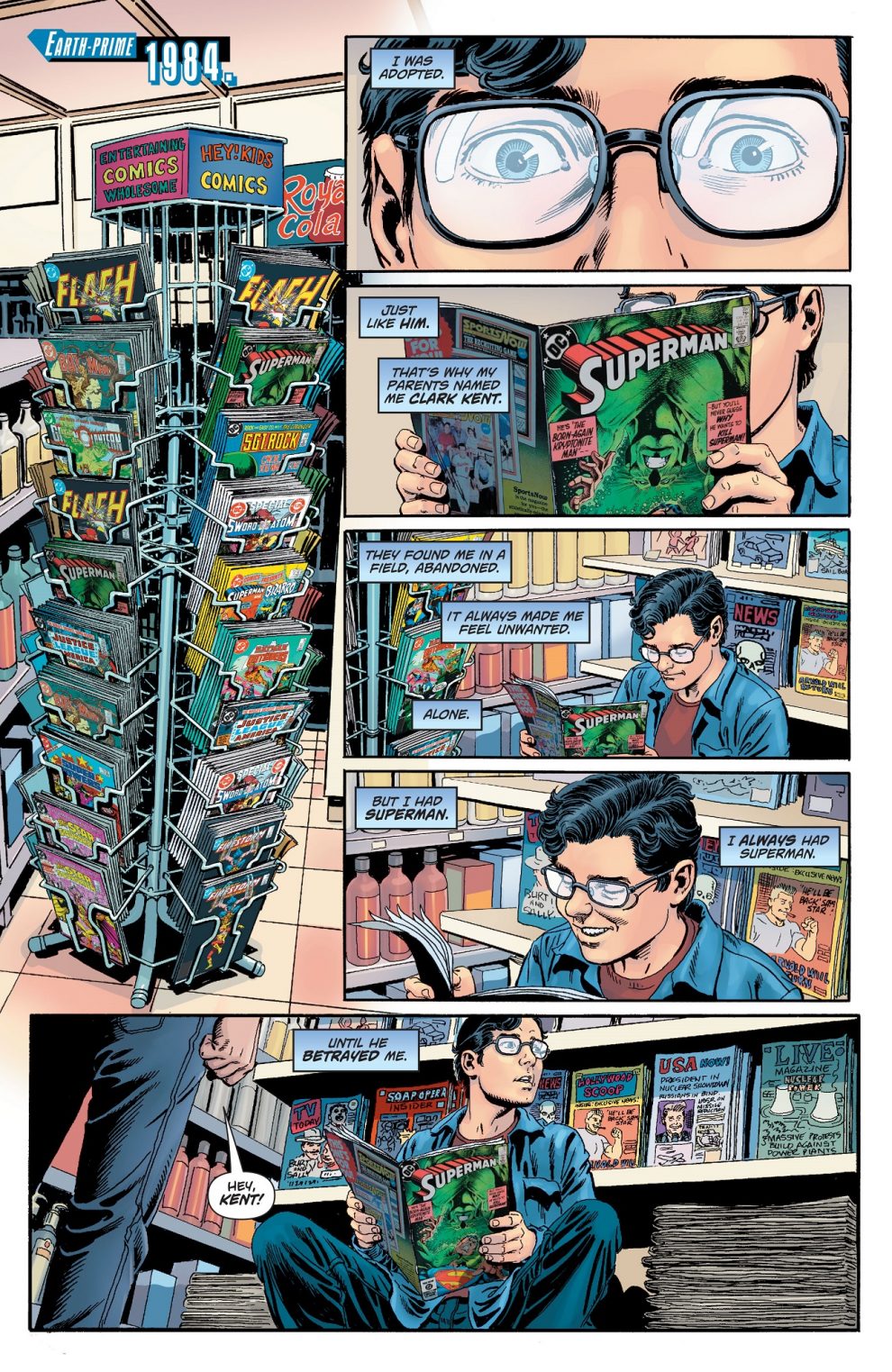 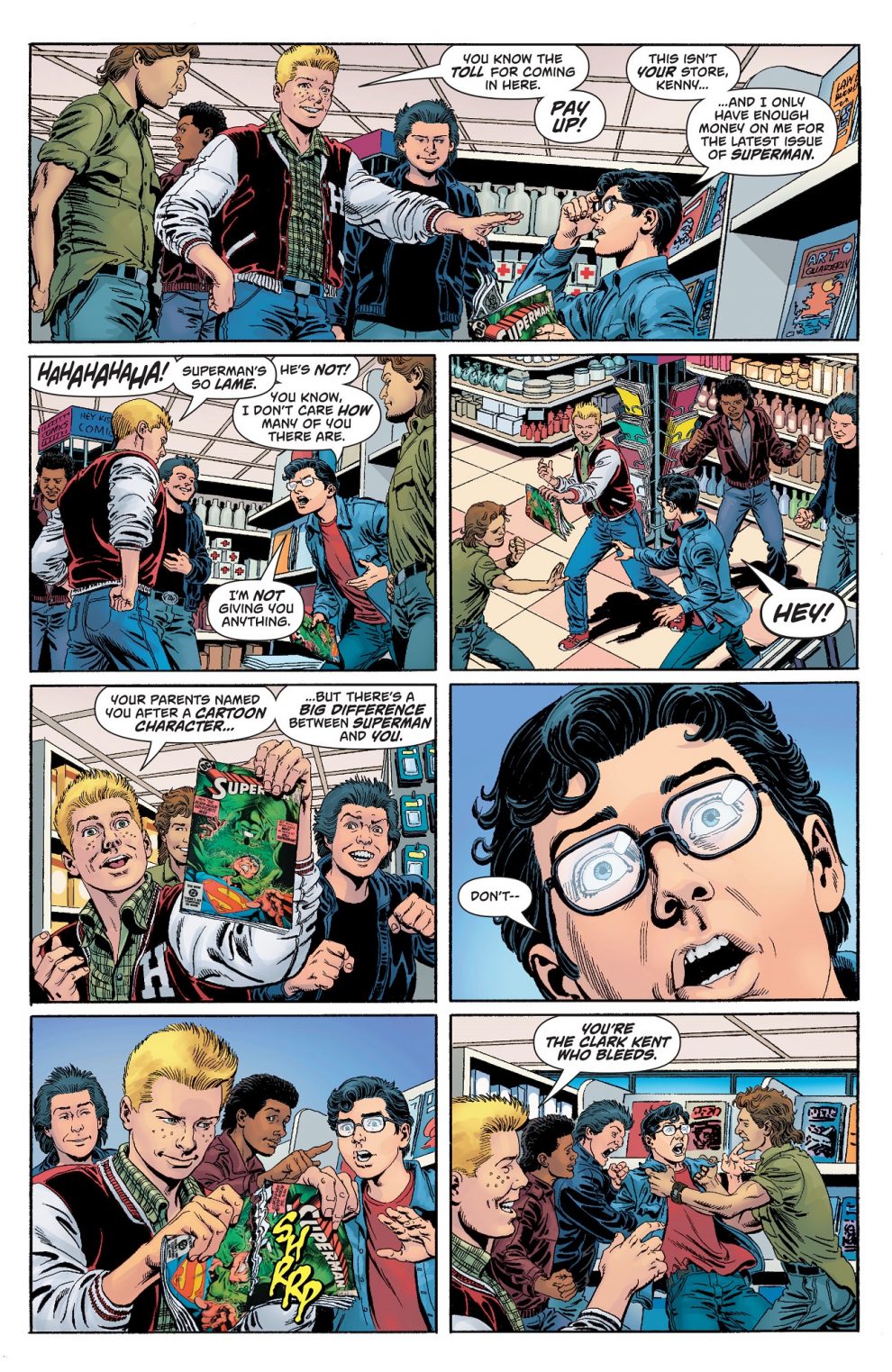 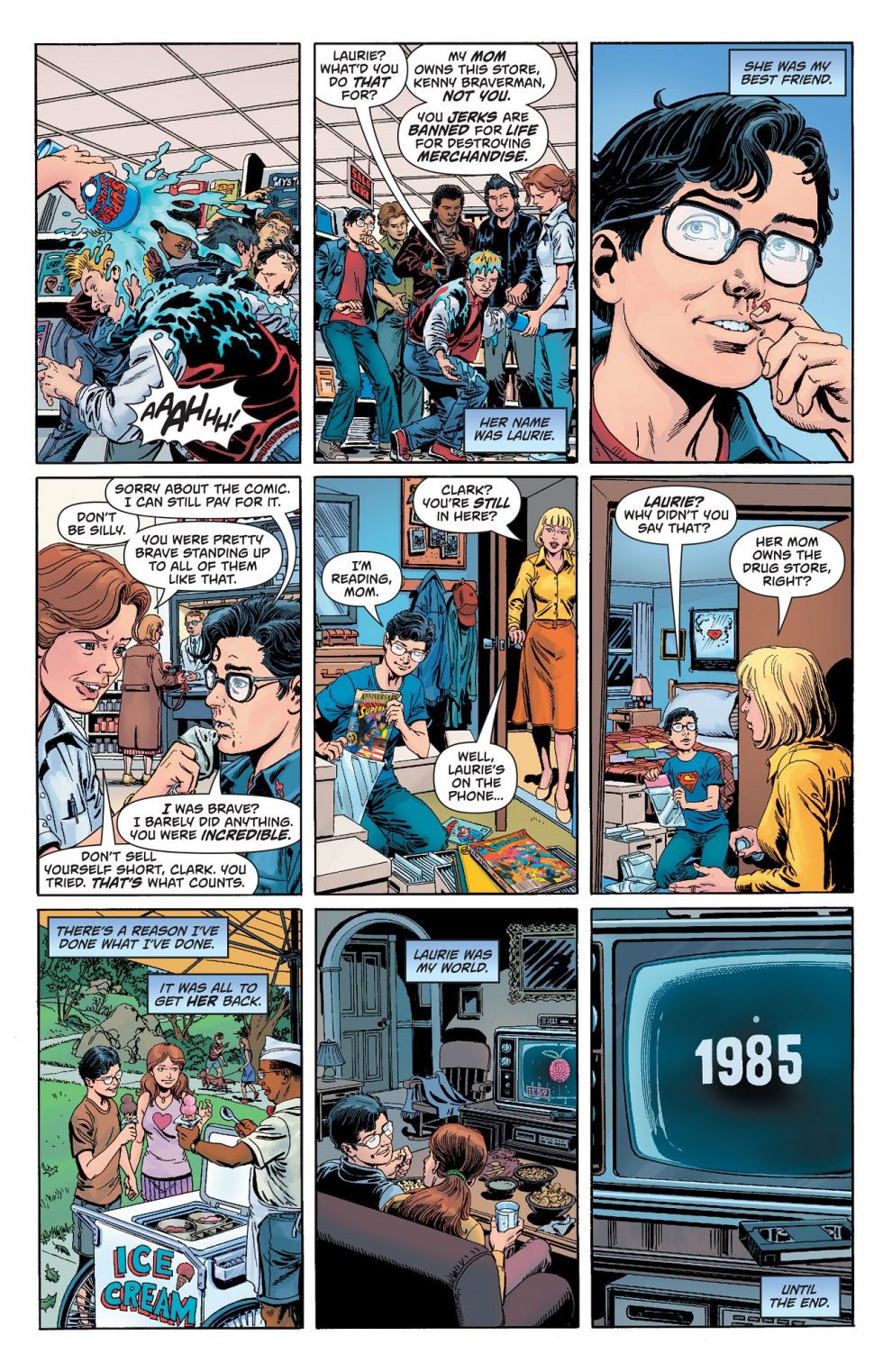 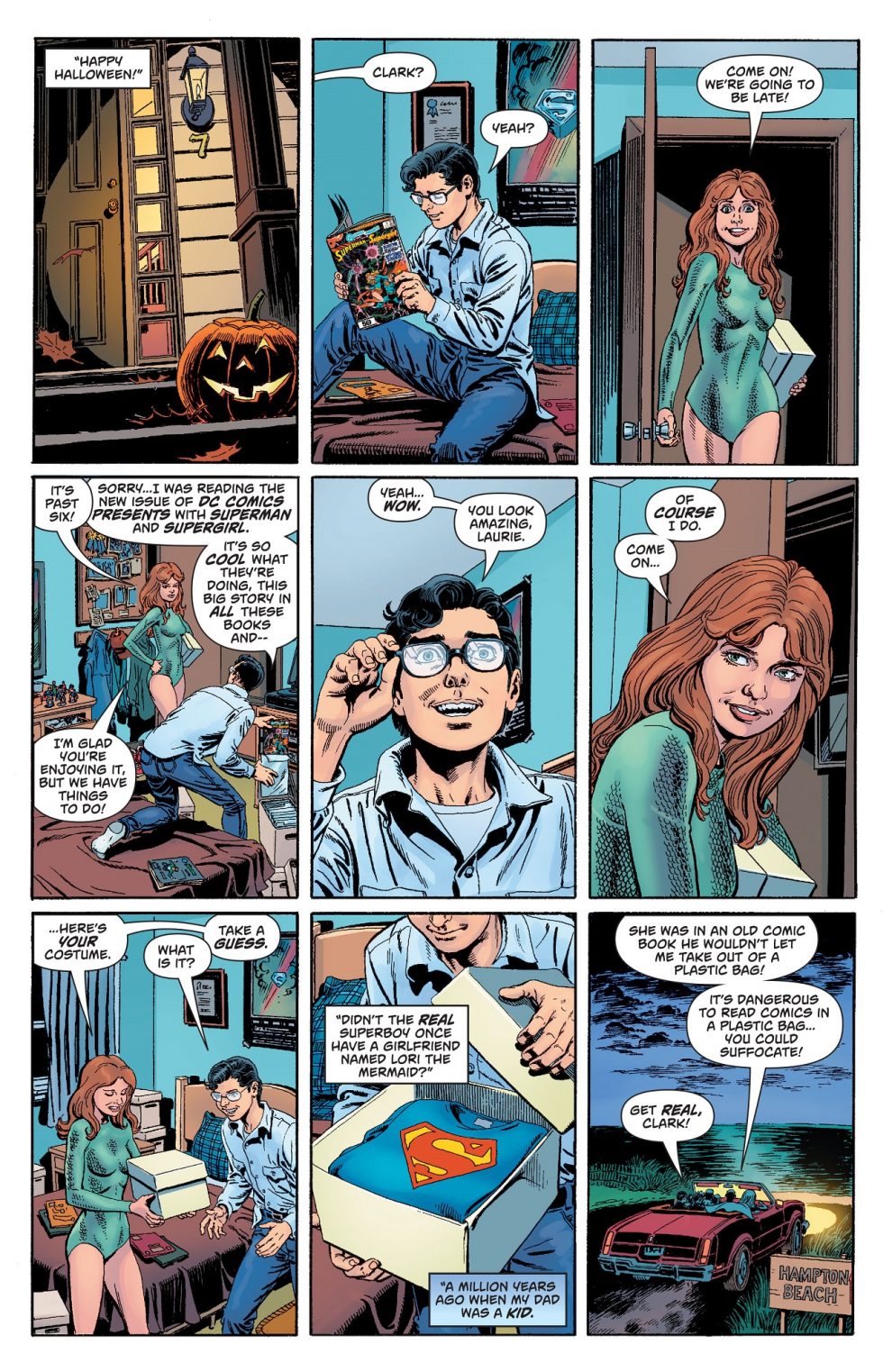 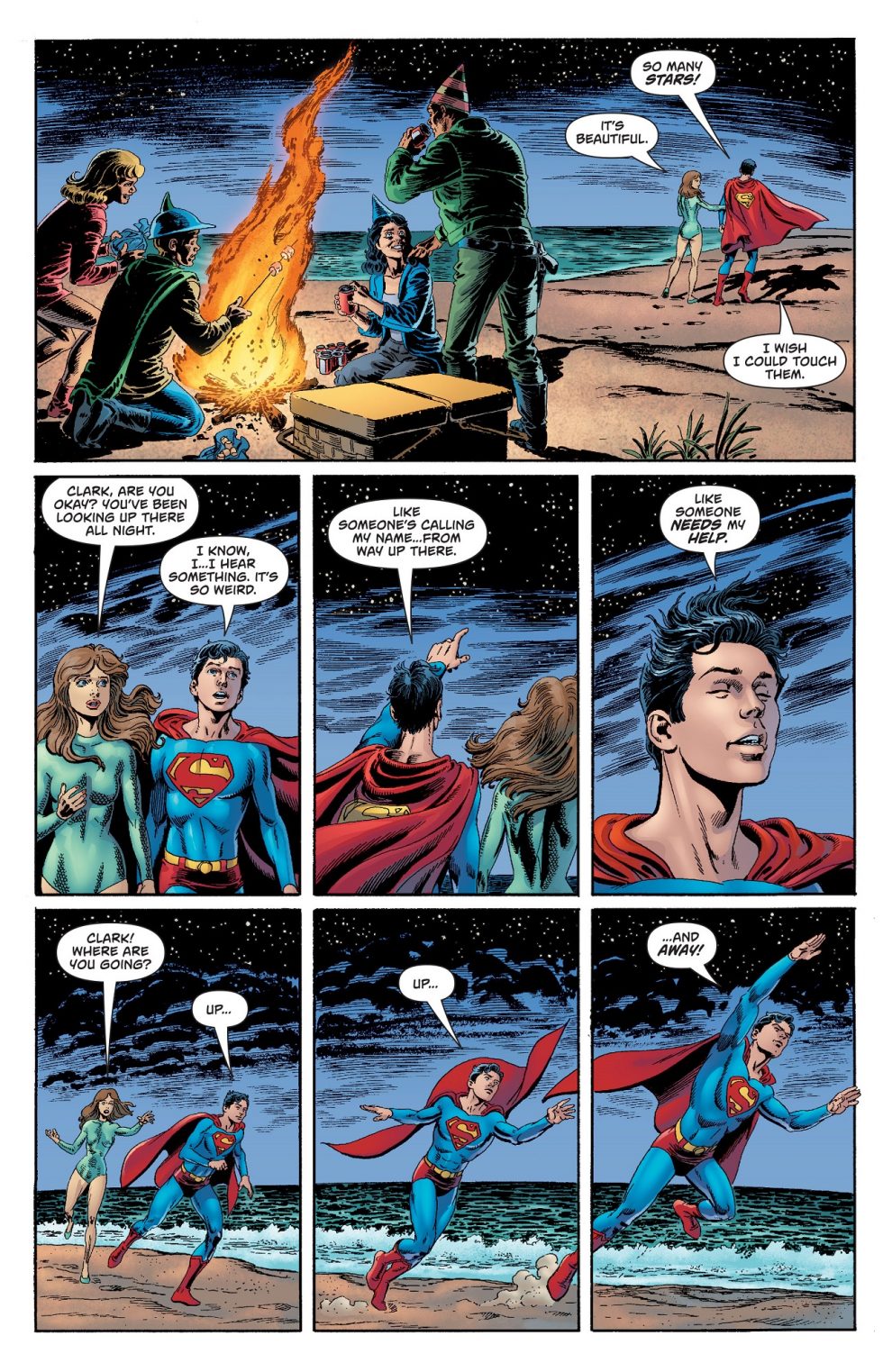 As my first exposure to new books is always digital review copies, I don’t usually look at the credits, I just go straight in and start reading. You can only imagine my surprise when I opened the file as a 50+ year old man, yet instantly became a 15 year old adolescent as soon as I clocked the artwork.

If you were around for the original Crisis, for John Byrne’s Man Of Steel, or for Jerry Ordway’s Adventures Of Superman, then you may experience a similar reaction when reading Dark Nights: Death Metal: The Secret Origin. For me Jerry Ordway is as iconic a Superman artist as Joe Shuster, Wayne Boring and Curt Swan. If you don’t know who these amazing men are, go and look them up…. right now! This is Superman as drawn by one of the greatest of all time. This is not hyperbole, it’s fact.

Then, what’s this? Sequences drawn by Francis Manapul, Ryan Benjamin, Richard Friend, Paul Pelletier, and Norm Rapmund? Some of the finest contemporary artists in comics? Do I even deserve this? Yes… yes I do, dammit! Add to all that the spectacular colors by Hi-Fi, Ian Herring, Rain Beredo, and Adriano Lucas, which change to fit the artist, the mood, and the eras they evoke, and what you get is a visual smörgåsbord that will inspire and delight.

I must also credit the talented artist that is Rob Leigh. I reviewed three books this week, and Mr Leigh lettered all three of them. Not only is this chap amazingly good at what he does, he’s versatile, and imaginative. I swear that his lettering took me back to the 80s and 90s as much as the art did! Seriously, look at how it changes between the artists and the time periods. It’s fantastic!

Dark Nights: Death Metal: The Secret Origin is a terrific, brand new comic that doubles as love letter to comics collectors, and to the legend of Superman. Every era of the Man of Steel is referenced, and fans who experienced any of them, even if it was just by osmosis, will see, feel, and love that. The attention to detail, and the pure love for the character that oozes from these pages filled my heart with joy.

Every Superman fan needs to buy this book.