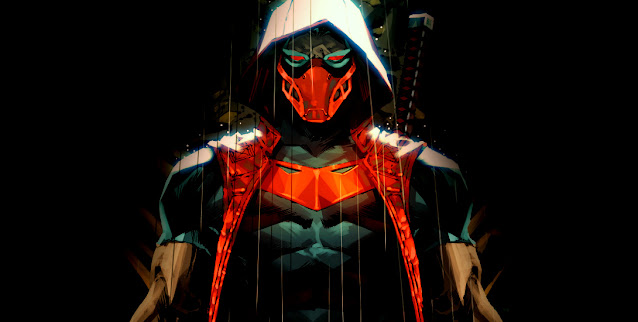 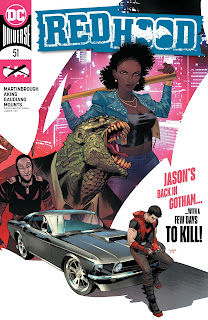 We immediately open and realise this isn’t going to be the same Red Hood that we knew, as Shawn Martinbrough has completely started fresh. We get a new town, a new supporting cast, and a brand-new version of Jason Todd. It’s a shame we didn’t spend that much time with him in Red Hood #51, as I couldn’t quite get a read on Shawn’s version of him. We spent even less time with him in his Red Hood guise, so I’m hoping we find the time to see his come back in the next issue.

Well, well, well here we are back at it again. Oh, Jason Todd, let me count the ways I have missed thee. No, that would take too long. Instead, let’s just remind ourselves that you’ve been through a lot lately and could use a fresh start. Let’s hope you have a good vacation, Jason. 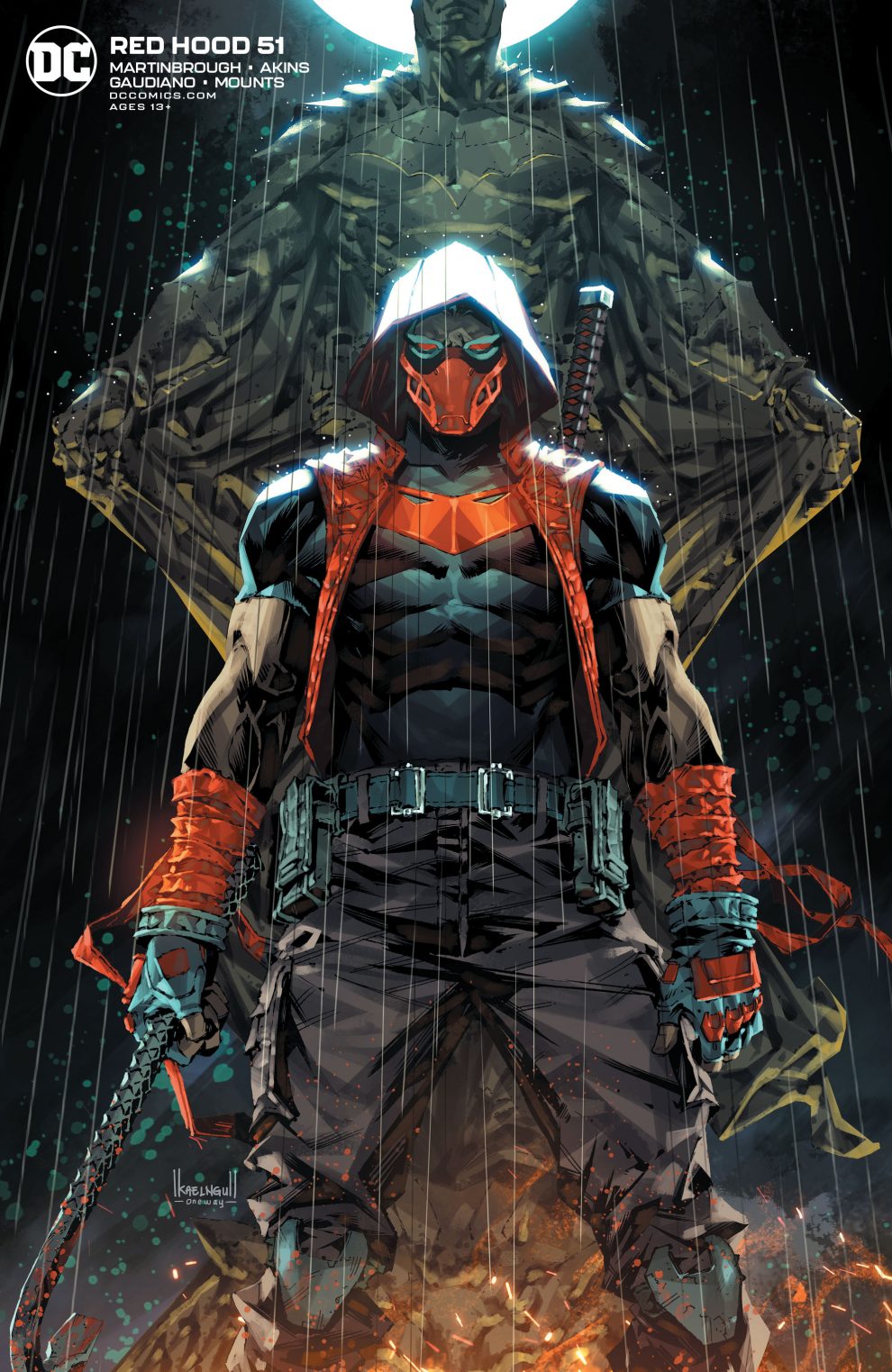 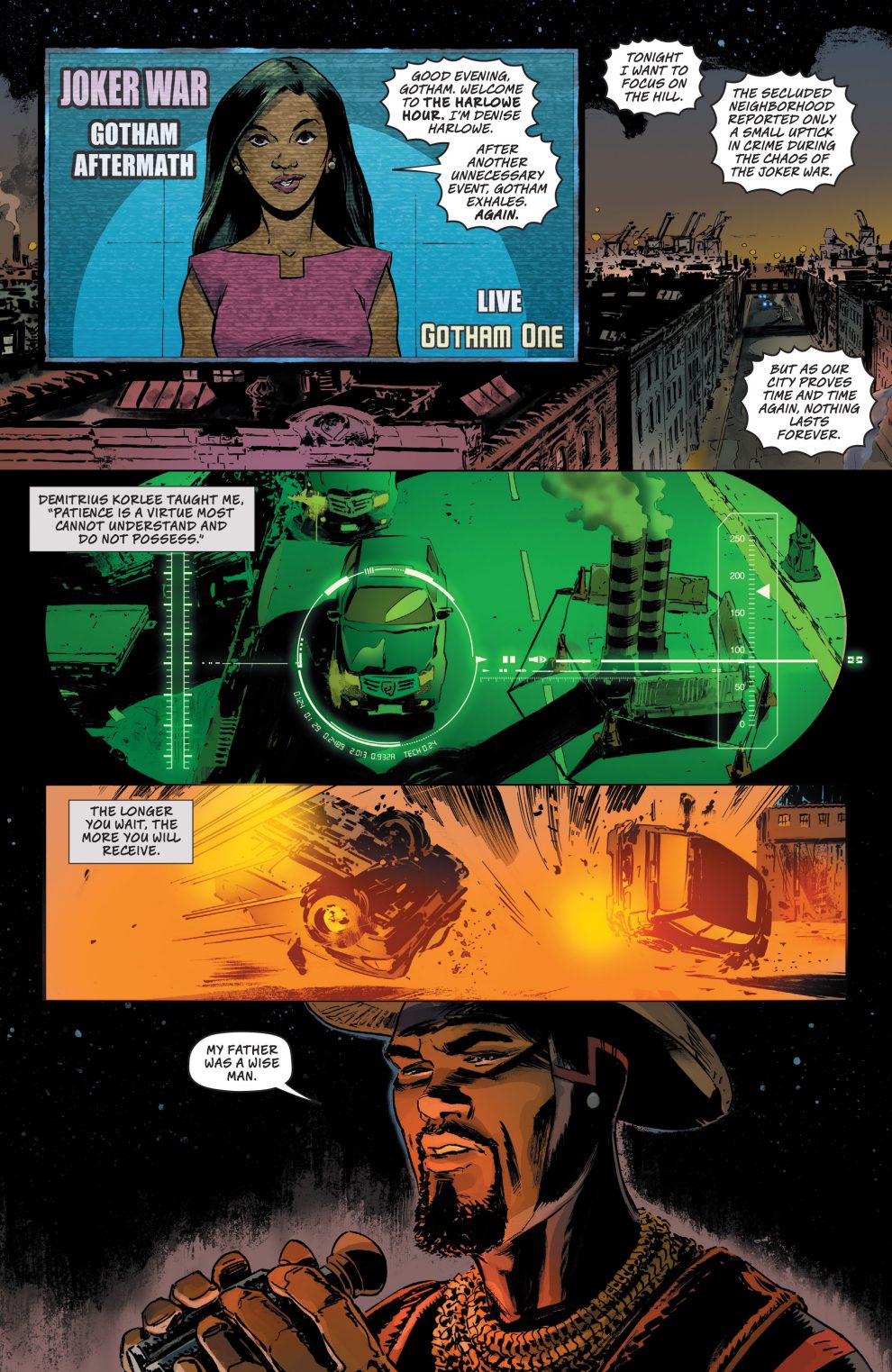 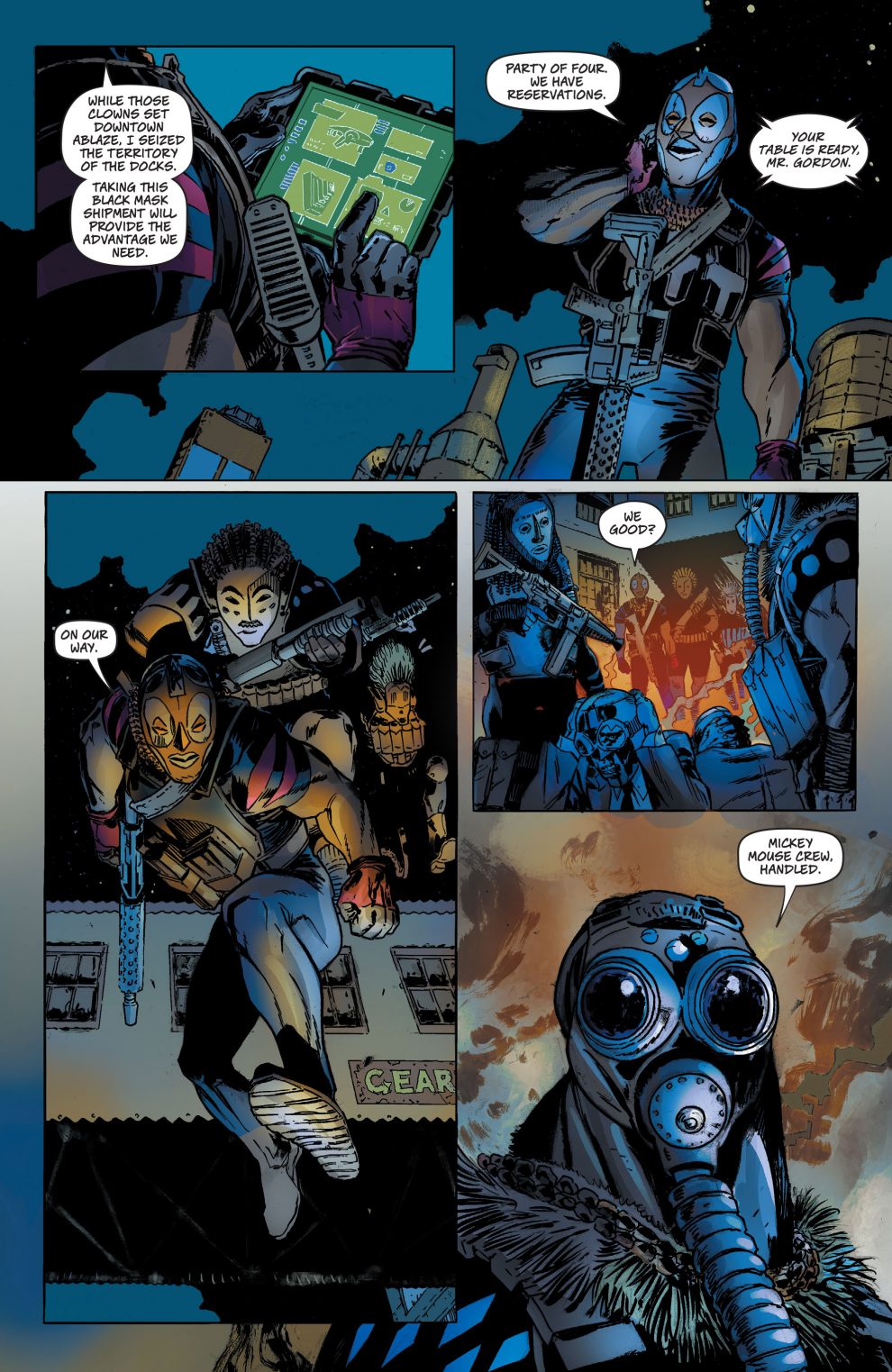 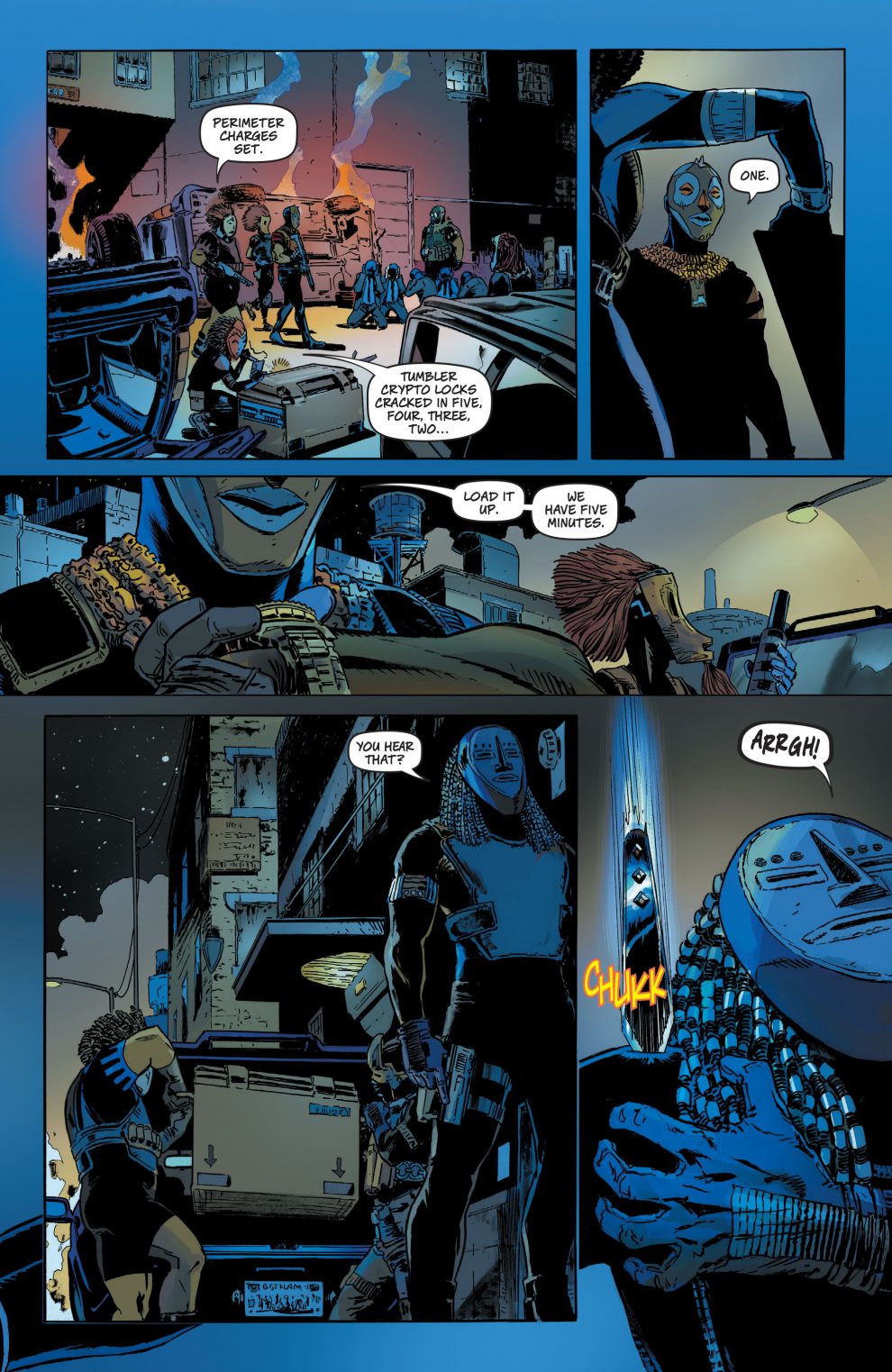 One thing we can say about Shawn Martinbrough is that he can really create a scene. There was so much background and set up going on that I can’t wait for the pay off. There’s even a neighbourhood watch group, who are a bunch of vigilantes, and their opposing team’s a bunch of wiley criminals. Where does Red Hood stand? Normally on the line in between the two groups, but I guess we can find out how he feels later.

We also have a new artistic team on the project. We get to see Tony Akins, Stefano Gaudiano and Paul Mounts work together to create a slightly new look for Jason as well. They have definitely had a lot of fun creating a new place for us to hang our hoods, so I’m very much enjoying the darker grittier details that have been added in.

Unfortunately for me, there wasn’t nearly enough Jason, and even less Red Hood. Although having some background on a new place is nice, Red Hood #51 was definitely all about the set up of this new town Jason’s residing in. Some old friends have come to show him around, so let’s hope he stays for a while. Maybe Red Hood’s just what this town needs.