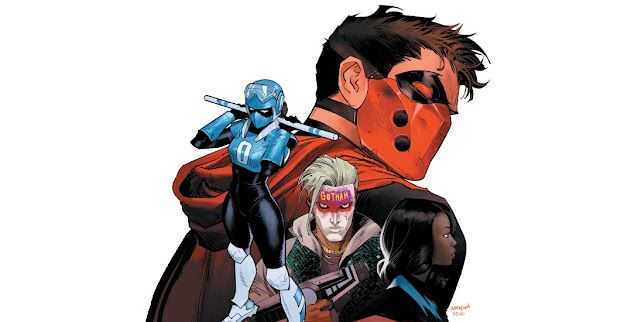 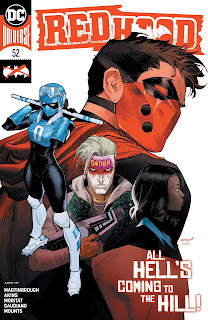 What a brilliant seasonal festive present Red Hood #52 is. Not only do we get Jason Todd, but we get Red Hood being a badass. Is there anything else you could possibly need? With Jason still settling in, his new group of friends manage to get themselves into a bit of trouble. Hopefully Red Hood can help out.

Should I stay or should I go?

Jason Todd is having to decide whether he wants to stay in town, but there is something a little more sinister going down in Red Hood #52, that might just persuade Todd to see what’s up before moving on. Shawn Martinbrough is obviously trying to put our hero through his paces. Martinborough’s only on his second issue, and there have already been some interesting plot developments. The friendships set up and other relationships; romantic, platonic, family or business, have all been developed and well written. Even when you aren’t with the main cast Martinbrough holds your attention very well. There seems to be a thread of cohesive plot in every panel, and something to always be paying attention to. If it’s there then it is leading you to something. 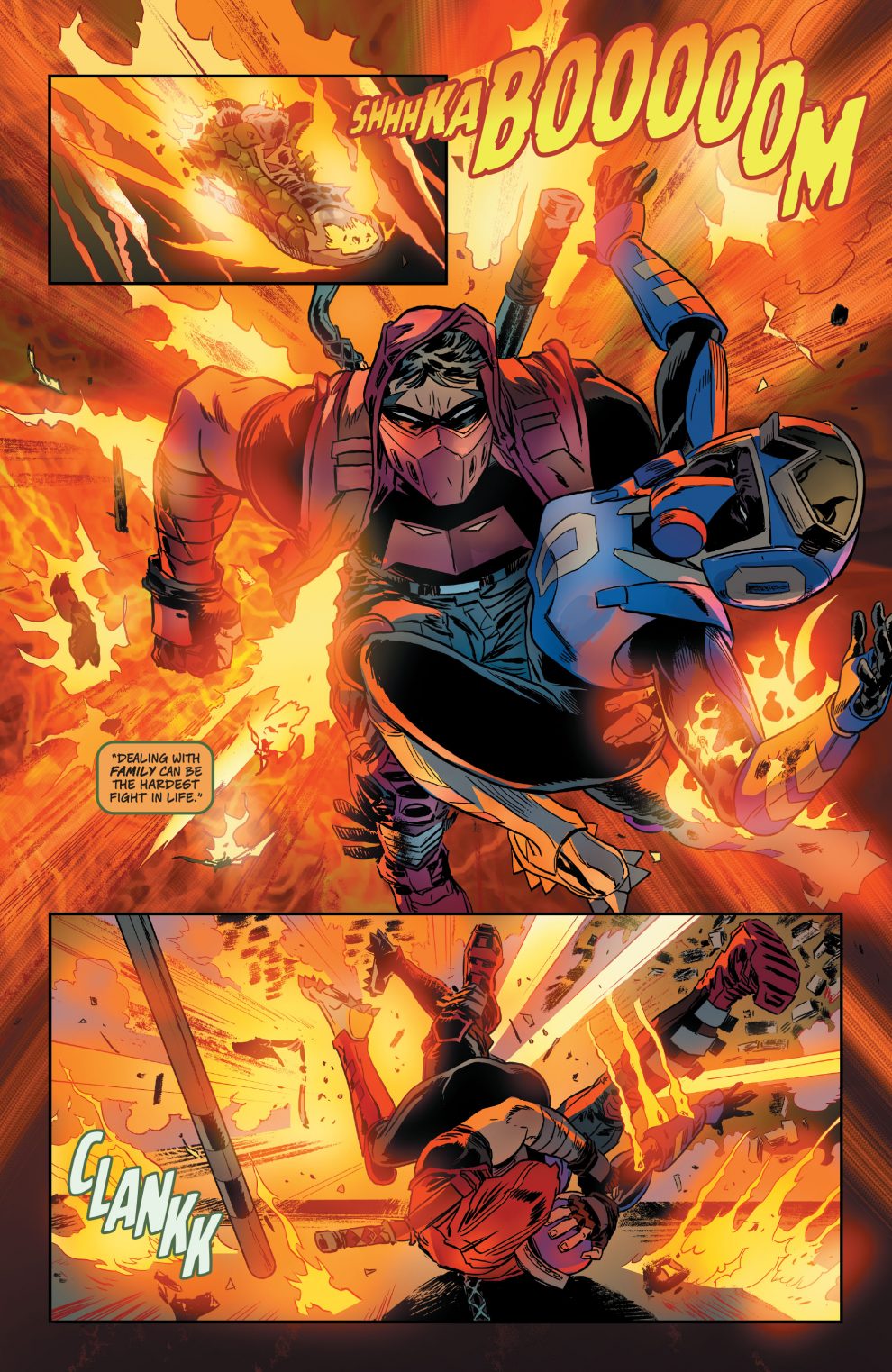 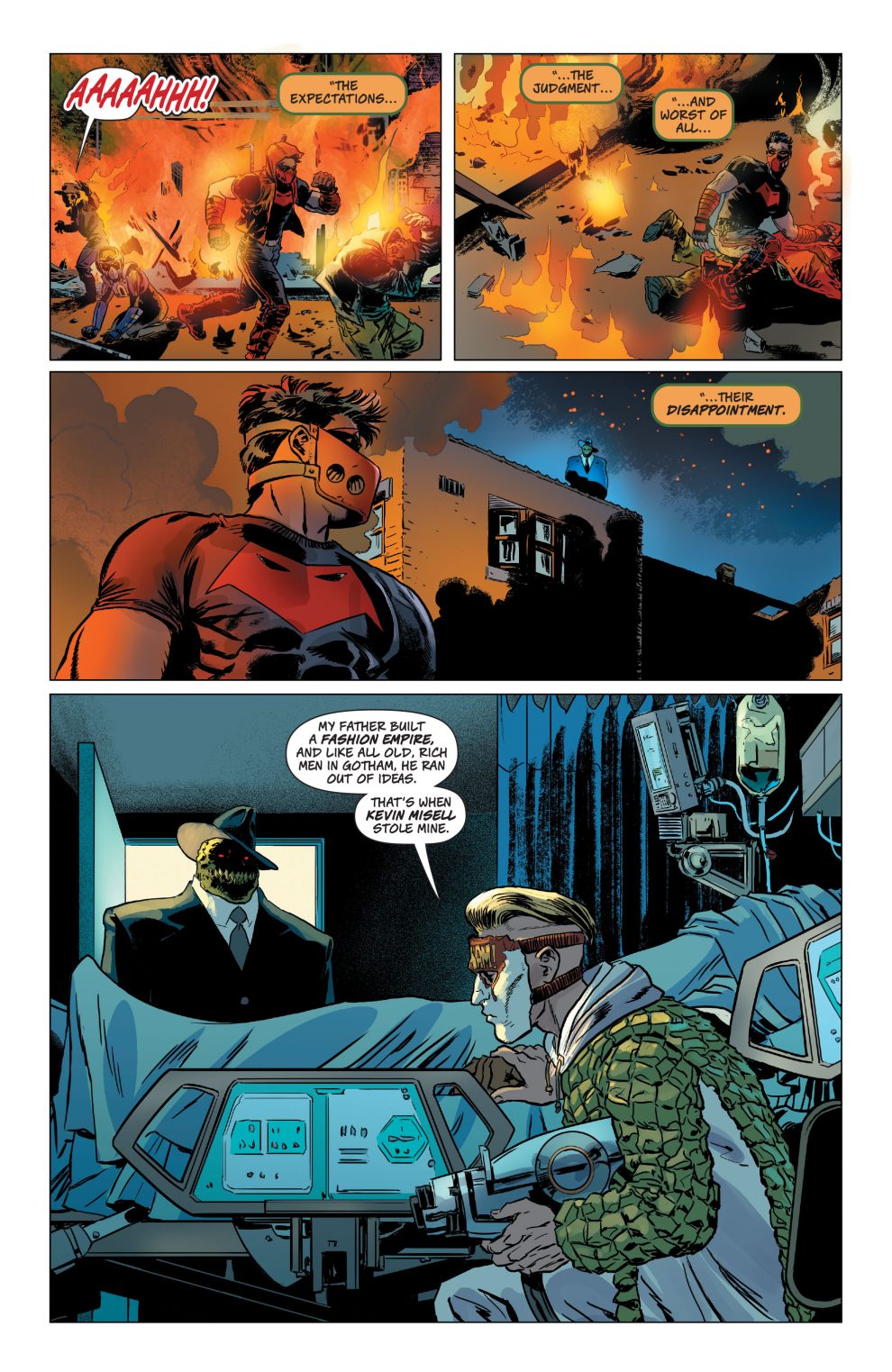 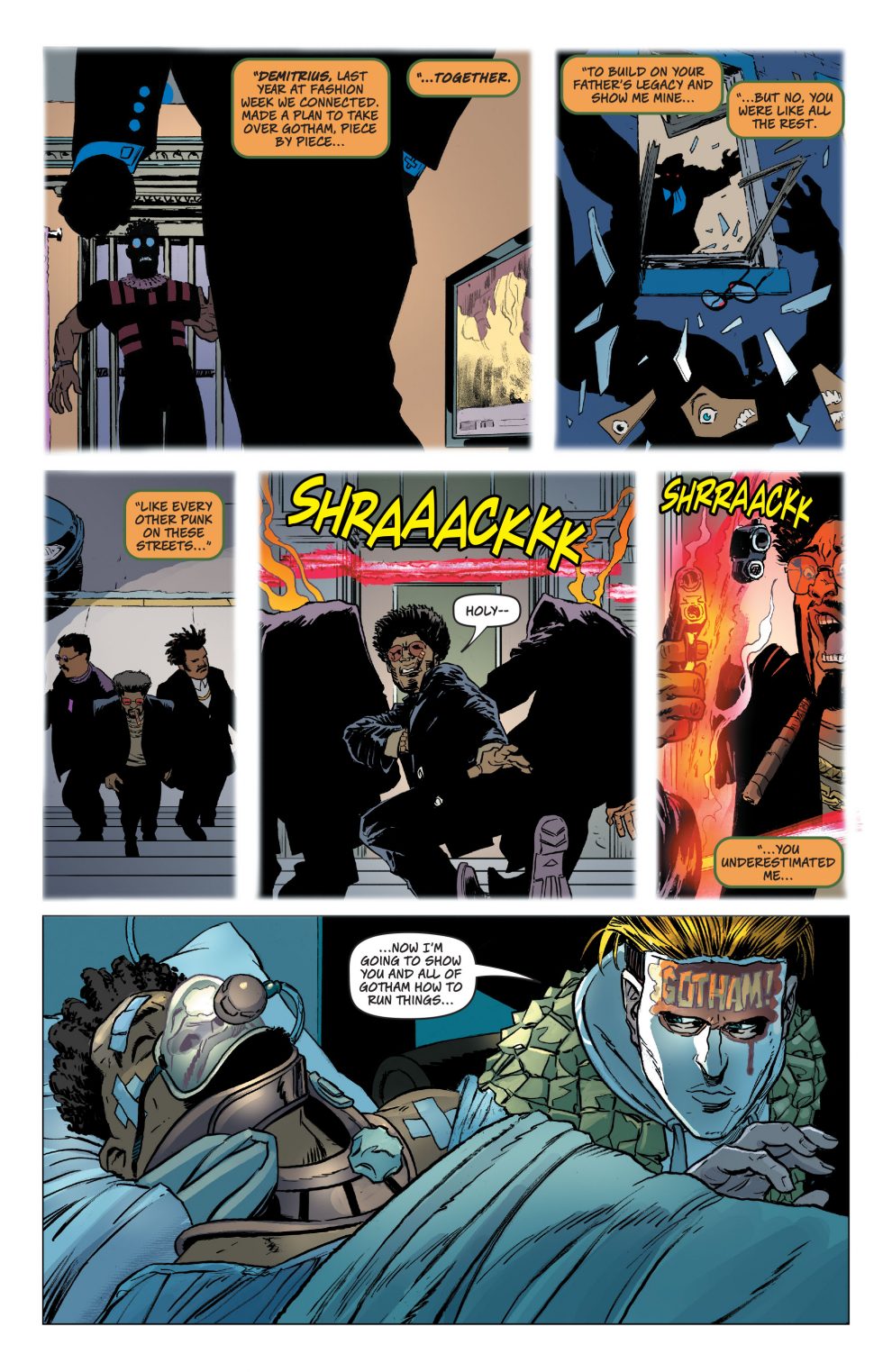 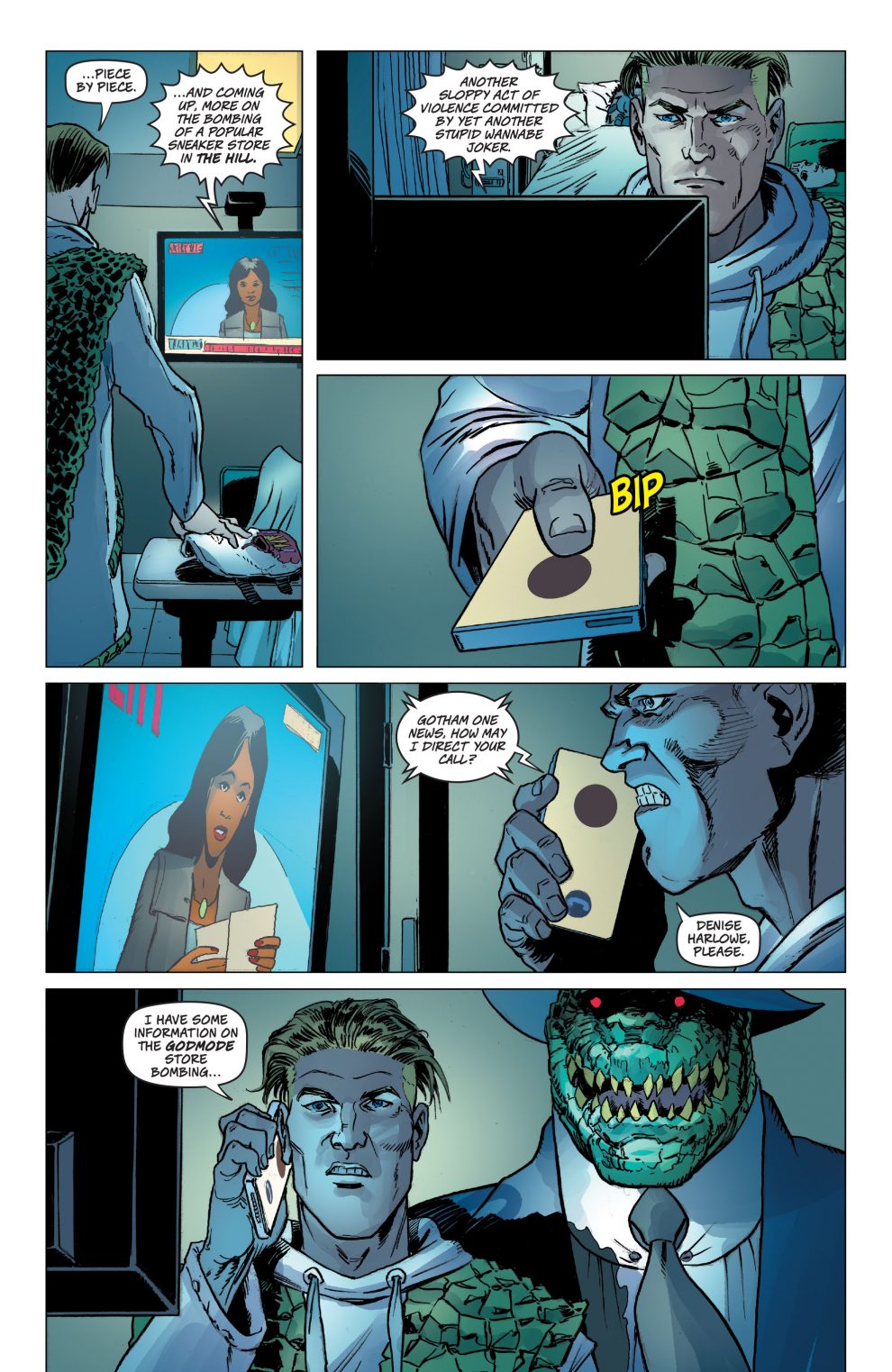 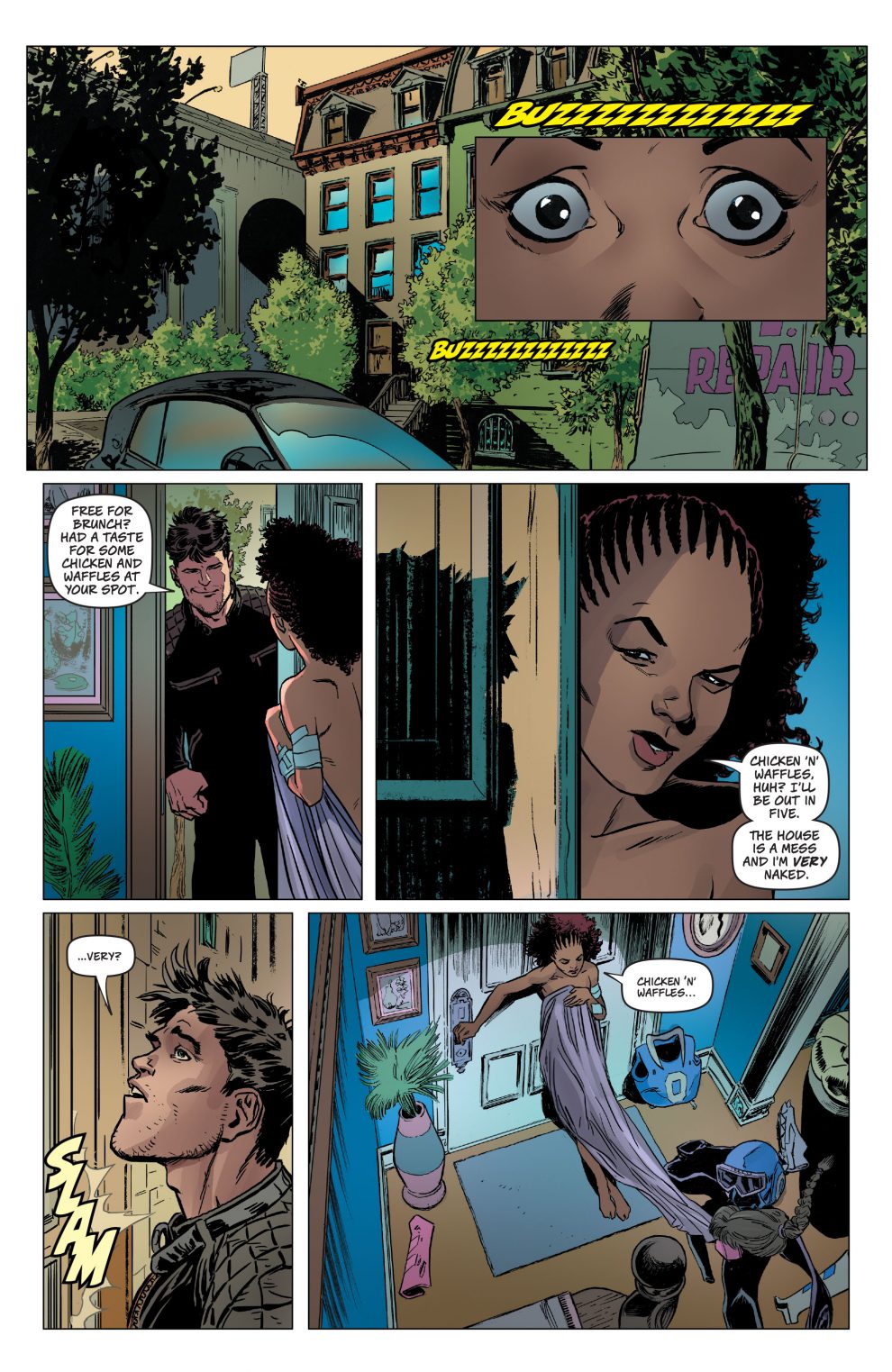 A particular favourite of mine in Red Hood #52 is the depiction of family. Jason’s friend Dana has an interesting dynamic to hers that we get to see more of in this issue. Todd, obviously aware of interesting family dynamics, is the best man to get advice from. Martinbrough has brought out a side of Red Hood we so rarely get to see, his family side. Yes, we all know Jason has a big heart, but he seldom shows it to other people. Being able to see that in this issue really reminds you of Jason’s home life, and his beginnings.

A present for everyone

The artistic team on Red Hood #52 is truly impressive. The action scenes are outstanding, there’s clear intent in the movements, and it just looks super cool!! Everything’s mostly set at night as well, and being able to draw and color so well and distinctly in a night scene is talent. Having a new artistic team means having Jason and Red Hood look slightly different to other versions, and to me this Jason looks a little bit older than his time, but Red Hood looks as awesome as usual.

There’s an interesting plot thread being run by Shawn Martinbrough, and I can’t wait to see where it goes. We only want Jason Todd to be happy and relaxed, and for Red Hood to be awesome and kickass. So far, we seem to have had it all. With a plot twist and a stab all will be clear, just come back for more Red Hood and do not fear.