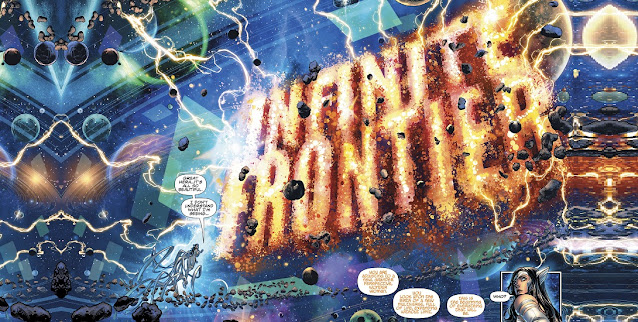 Infinite Frontier #0 has received a lot of press in recent months, so much so that one could easily have been crushed on the rails by the hype train. This issue has come with a great deal of expectation, and anticipation that would be very hard to live up to. I’m extremely pleased to say that, on the whole, those expectations have been met, and in places, exceeded.

This isn’t just the fallout of Dark Nights: Death Metal, or Generations Shattered/Forged; nor is it the next big DC reset, or reboot. This is the ground floor, the perfect jumping on point for brand new fans, and the culmination of over 80 years worth of unmatched storytelling for die-hard DC nerds – myself included.

Infinite Frontier #0 is a pay-off, a reward, and a celebration. 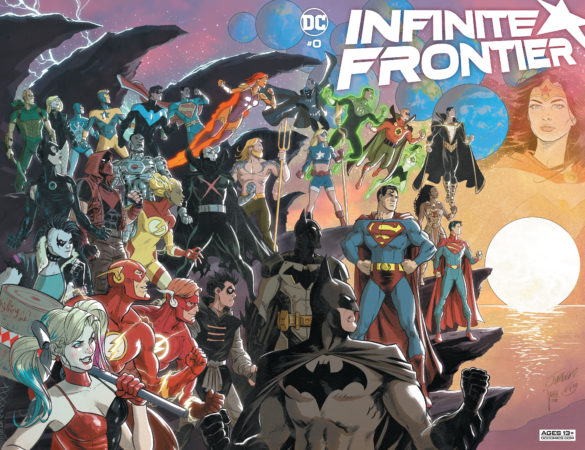 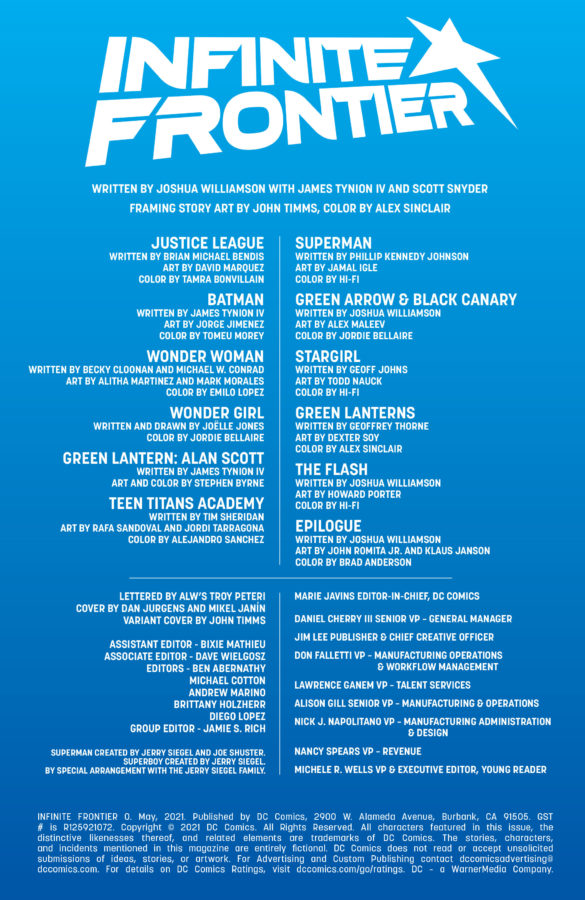 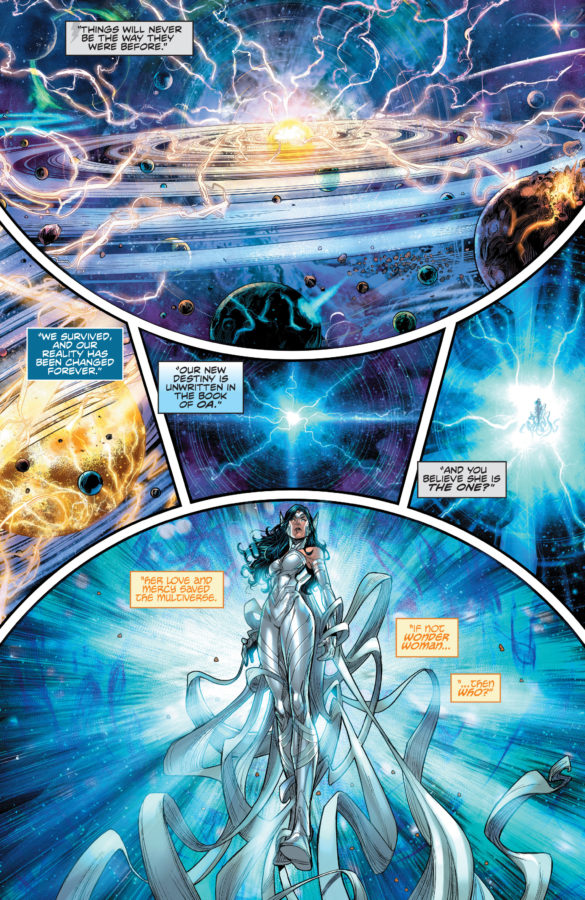 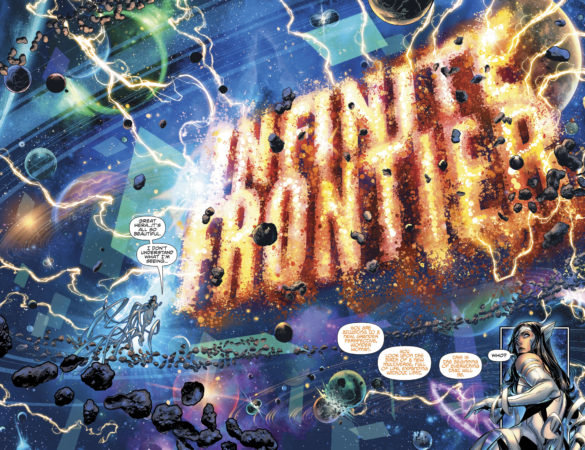 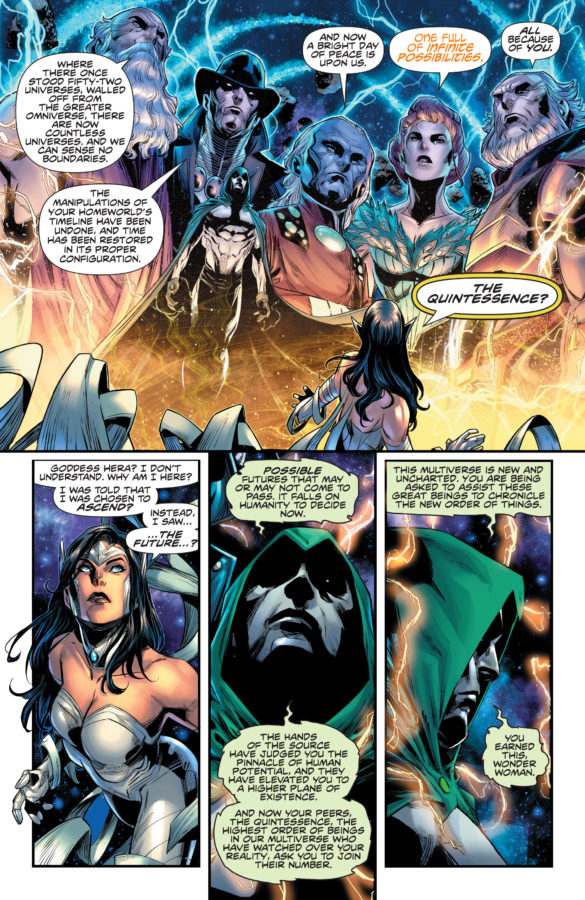 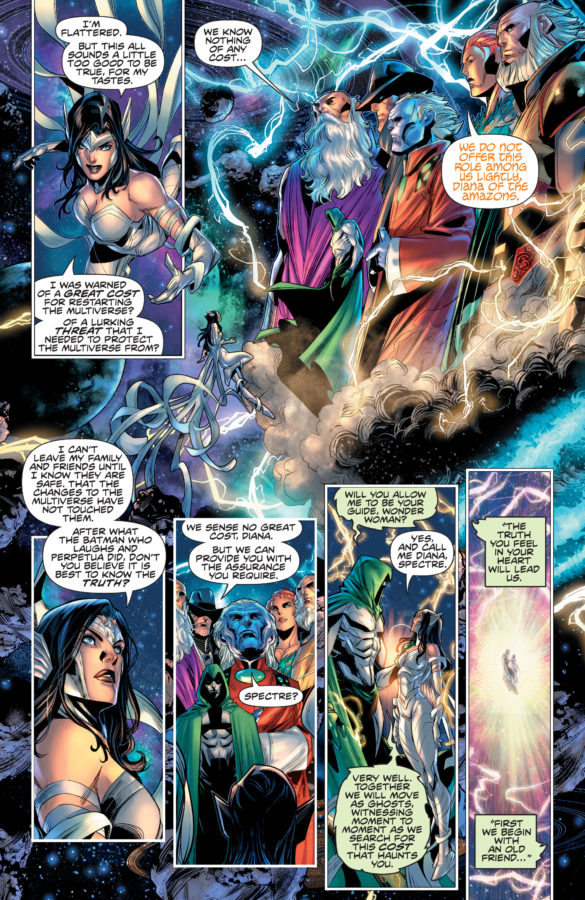 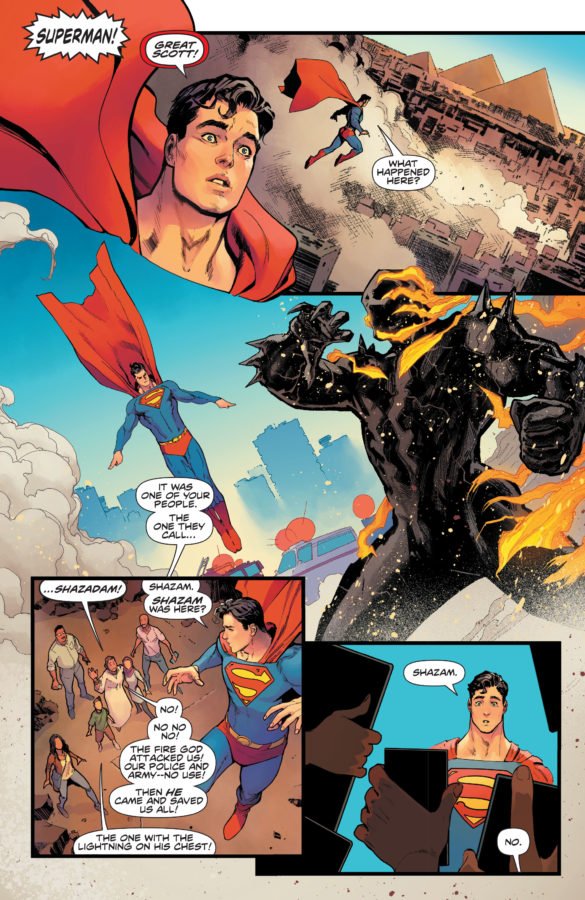 First of all I must give kudos to Joshua Williamson, James Tynion IV and Scott Snyder. As you can see by the list of credits, this book is an anthology written by some of the finest in the business, but these gentlemen have taken these snippets and unified them into a single, cohesive and exciting whole with his framing narrative. The exchanges between Wonder Woman, the Quintessence and the Spectre are engaging, thought provoking and emotionally charged, but they’re enlightening, and entertaining, too.

I will say that I’m not totally enamoured with some of the (possible) futures charted out in this book, but must agree that they’ll make for some extremely interesting tales.

The art in Infinite Frontier #0 is nothing short of spectacular. Every page is literally brimming with awesomeness, is a feast for the eyes, and delivers a myriad of styles; the kind of which have been making DC Comics a beacon of comic-book brilliance for over eight decades. All the artists, the legendary and the up-and-coming, have delivered something truly exceptional. I love all of it, but I have to give special kudos to John Timms, and Jorge Jimenez, for the framing story, and the Batman pages. 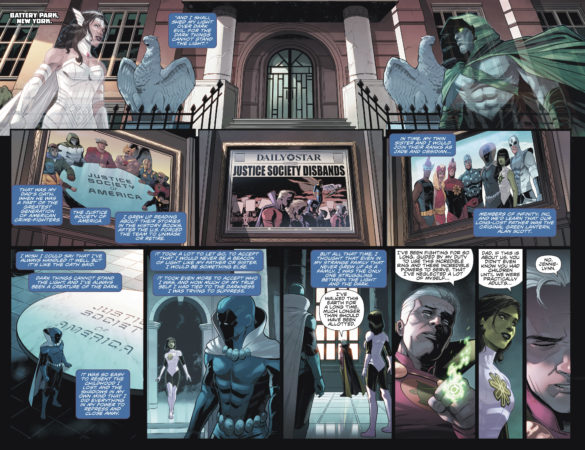 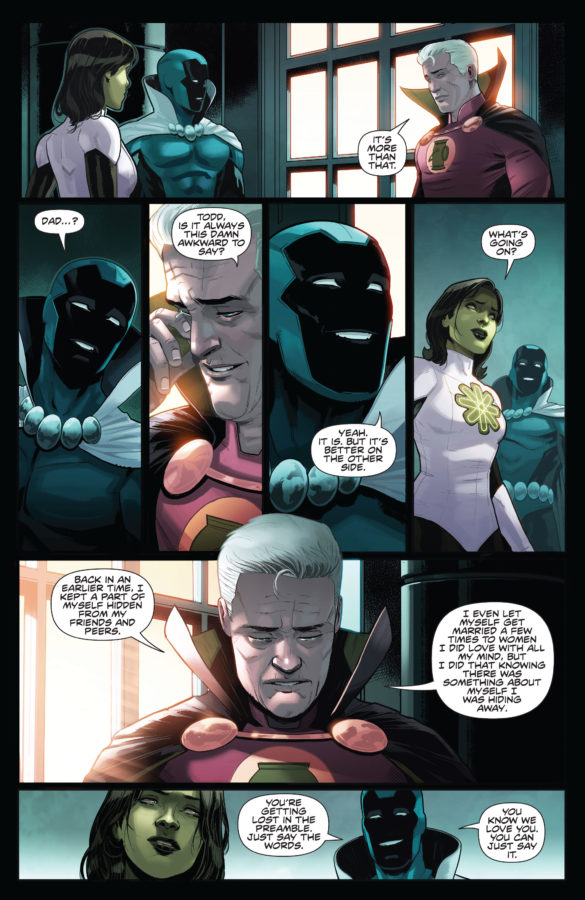 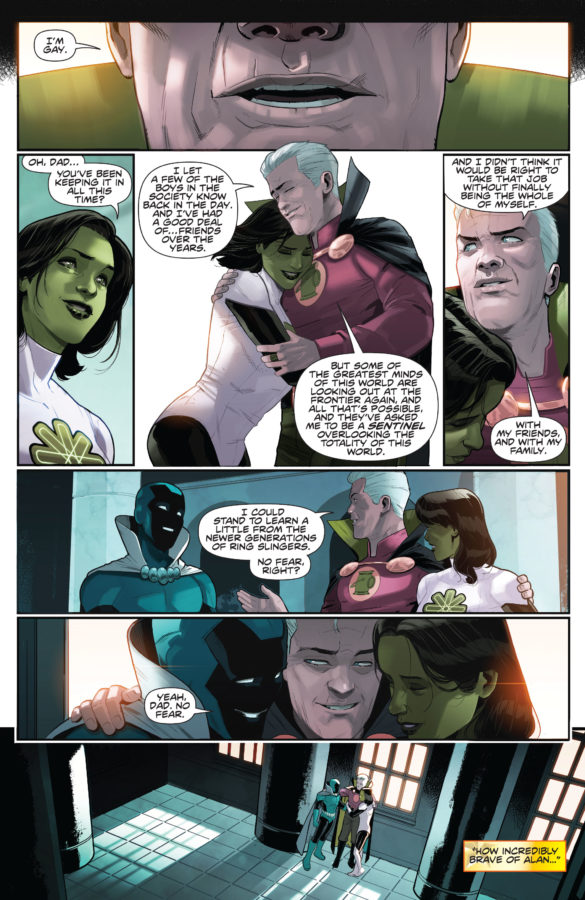 It’s no secret that James Tynion IV is one of my favorite writers, so his tales have been the ones I’ve been most excited for. Boy, oh boy, oh boy, does he deliver! I’m not going to spoil anything, because every serious DC fan needs to read this book, but the Batman segments blew my mind (I am a Bats ultra-nerd though, so that’s no real surprise). it’s the four page Alan Scott/Jade/Obsidian story however, (reproduced above, in it’s spoiler filled entirety) that really brought a lump to my throat.

Read it now if you want to, but you’ll want to own a copy of this piece of history… trust me.

This is the beginning. You will not find a better place to start reading DC Comics, nor a better single issue intro to a universe that’s just come into being.

This comic is a great read, a visual feast, and a book that lives up to its hype. I’ve been a comics fan my entire life, and it’s issues like this one that prove that this medium is as vibrant, as fresh, and as exciting as it’s ever been.

Eras end, but from here on out all we have ahead of us is an Infinite Frontier.