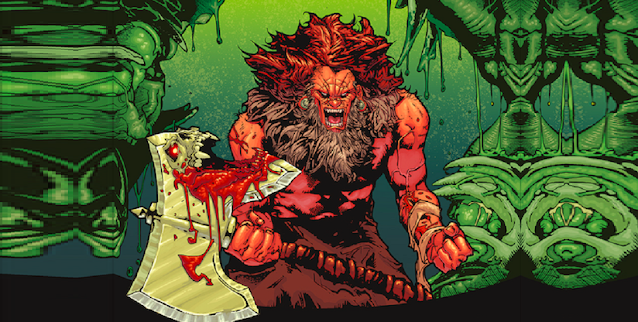 It's a rare treat to hear this. It's time for everyone to sharpen their axes, and hollow out the skulls of their enemies to use as sippy cups. The fine people at Vault Comics have unveiled their newest title, with a brand new, angry lead character. Don't just take my word, here are some thoughts from the series' creator, a Fantastic Universes favourite, Michael Moreci.

Hello, everyone. I've got some news to share with you: I've got a brand-new comic series launching with Vault Comics.

BARBARIC follows Owen the Barbarian who has been cursed to do good. His bloodthirsty, drunken weapon, Axe, has become his moral compass. Together they wander an untamed, mythic realm battling supernatural cultists, hungry giants, creatures of the night, and more in their quest to somehow, amidst all this chaos, do the right thing.

Welcome to the skull-cracking, blood-splattering, mayhem-loving comic brave enough to ask: How can a man sworn to do good do so much violence?

The art--which is going to truly melt some faces--comes from Nate Gooden and Addison Duke. Letters from Jim Campbell, and variant covers from a slew of amazing artists, who'll be announced soon.

I'm absolutely thrilled about this series. As I said above, I think of BARBARIC as Conan + Hellboy + a dash of Wasted Space's irreverence. It's big, it's bloody, but it's good a lot of heart underneath all the mayhem. I have big plans for this series, so hopefully we're able to keep this going for a long time.

Check out the cover, as well as a few pieces of sample art: 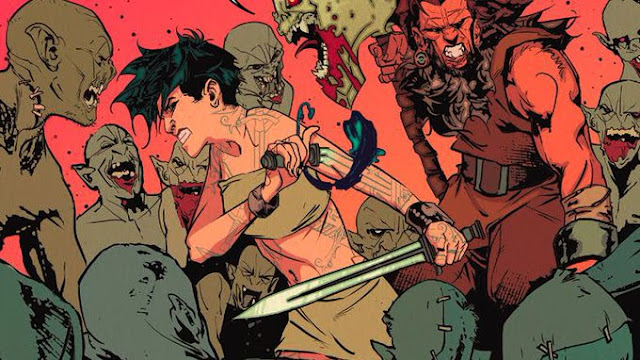 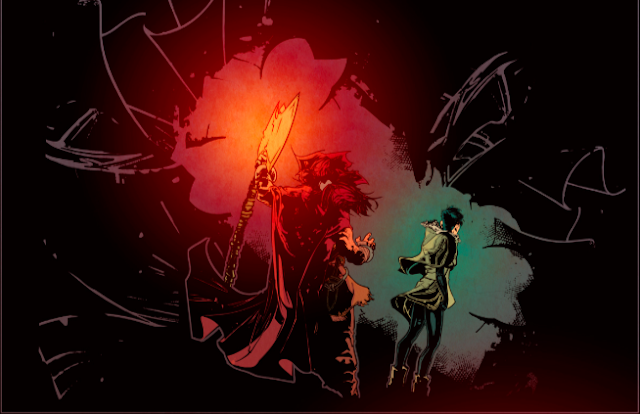 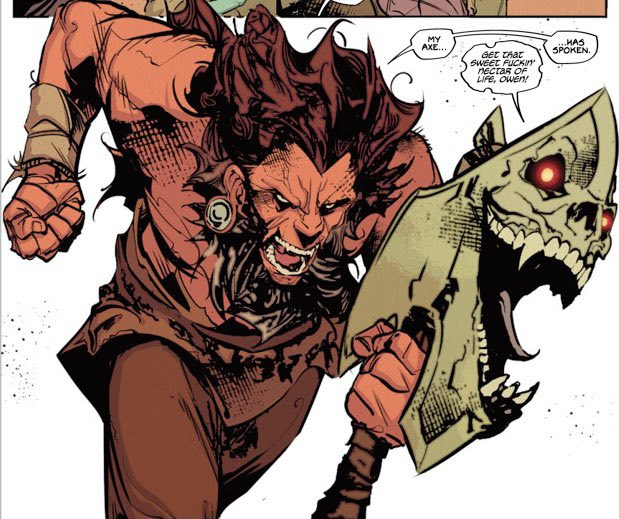 I have a lot more announcements coming soon. In fact, I have something pretty substantial that I've been sitting on for some time that should become public this summer, depending on a few factors. Fingers crossed.

Otherwise, I'm working on a slate of new projects--some original, some licensed--and am looking forward to sharing them all with you.

You can pre-order BARBARIC #1 your LCS today, and I urge you to do so. Like I said on Twitter, if issue #1 sales exceed 30K, I'll get an Axe (the character above) tattoo!

Until then, be well.

As a fancier of the Barbarian in Dungeons and Dragon, this appeals to me greatly. The premise, a violent, axe-wielding man, striding the wilderness and doing good is simple, and true to fantasy RPG roots. The benefit of something so simple in its idea means Owen could go anywhere, and do anything. It'll be fascinating finding out exactly what that is.

Expect up to date reviews of this exciting title, right here on Fantastic Universes.