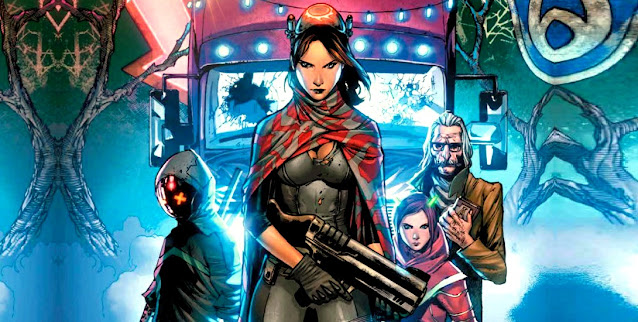 Review by Steve J. Ray
Welcome to Nocterra #2. The world is in a state of perpetual darkness and what remains of the human race clings to whatever light it can find. This isn't just for heat and warmth, but also to keep back the hordes of animal/vegetable/humanoid mutations that are hunting them.

Amongst the survivors, who truck around the country for pay, and supplies, are Val Riggs and her brother Emory. When we last saw the siblings they'd taken on two passengers, and a whole truckload of trouble, as one of them - Augustus - is the scientist behind the tragedy that has befallen mankind.

As you can imagine the good doctor has enemies, one of whom is on their trail; a man with a touch that burns, and a smile that chills anyone who sees it to the bone. The man called Blacktop Bill. 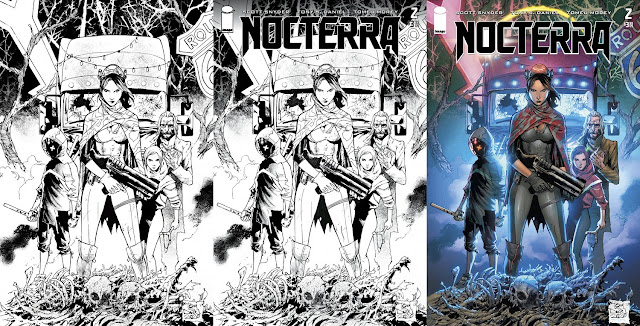 A Beacon In The Dark
Two issues in, and I'm loving this series. Scott Snyder is weaving a tale full of intrigue, in a world full of incredible characters, and situations. Blacktop Bill is one of the scariest mama jammas I've ever site eyes on, not least because his only visible feature is a smile that would frighten the devil himself. Oh... and did I mention that his very touch can set you, or the world on fire?

Val Riggs is a terrific lead character, and as her backstory is revealed - slowly but surely, issue by issue - I'm liking her more, and more. The fact that her kid brother has been infected by the dark, mutagenic plague, that will slowly transform him into a rage filled engine of destruction, only adds to my admiration, respect and sympathy for her. 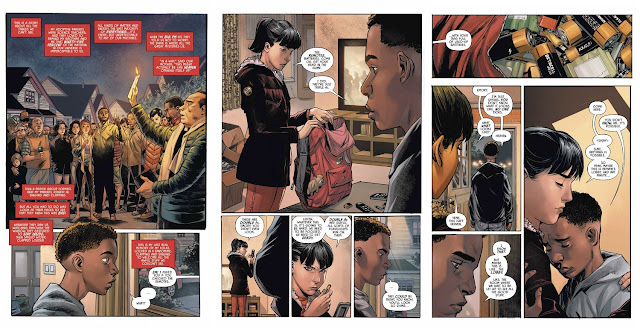 Once the again, the visuals in this book rock. Tony S. Daniel draws every character and set-piece beautifully, and Tomeu Morey's colors make the line-art sing. Nocterra would make one hell of a movie! The storytelling is worthy of a Hollywood blockbuster, as is the spectacle. Letterer Deron Bennett, of AndWorld Design fame, is also on top form. This series is good value for money as it's a fairly meaty read, as well as a visual feast. 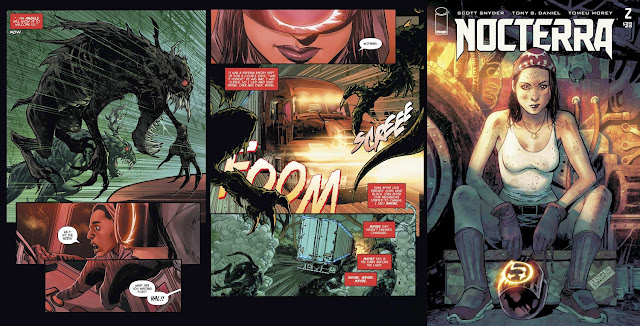 Any slight plot-point doubts I had about the darkness plaguing this future Earth, have now been dispelled. Even though little or no light is reaching the planet, some heat is. I guess this means that the light that allows plants to photosynthesise is still coming through; allowing them to produce the oxygen that animals and mankind need to survive. Also, the Earth hasn't been plunged to the sub-zero temperatures that total darkness, and heat-loss from the sun would cause.

Scott Snyder and the gang not only tell a great story, they know their science.