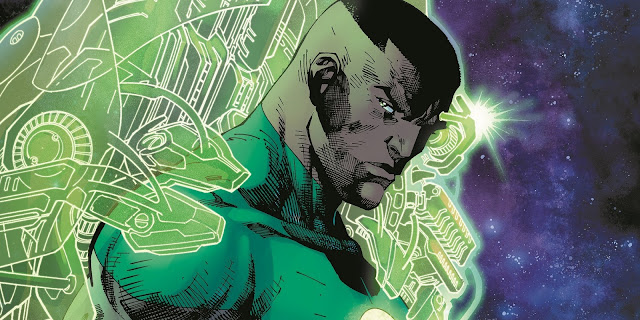 Green Lantern: John Stewart – A Celebration of 50 Years is not your average anniversary tome. This gorgeous hardcover collection doesn’t feature any Golden, or Silver Age stories, it starts with the darker harder hitting Bronze age of the early 1970s.

What does this mean? Unlike Superman, Batman, Wonder Woman, Green Arrow – or even John’s predecessors as Green Lantern; Alan Scott and Hal Jordan – there’s no whimsy, giant typewriters, mischievous magical characters, dragons, or comedic Comics Code friendly shenanigans. From his very first appearance Mr. Stewart inhabited a darker, often scarier, and far more real world. For me, what that means is that he has always felt far more like a real human being than many of his super-heroic peers. 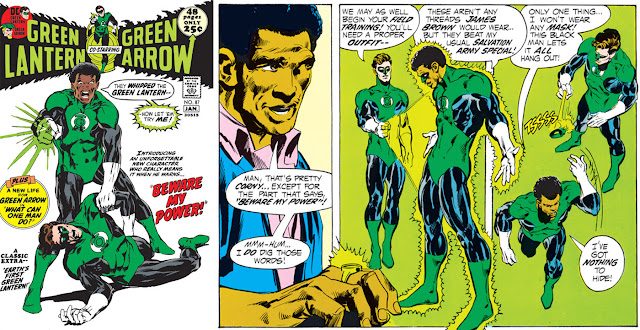 It still hurts and angers me that, particularly after the horror-show that was the Trump administration, racism is as prevalent, pervasive and common worldwide. I thought things were getting better, but I sometimes believe that the world may even have gone backwards in the years since John made his comics debut. I remember re-reading the Green Lantern/Green Arrow: Hard Travelling Heroes stories in the late 80s and early 90s and thinking they felt a little outdated. Re-visiting them as a father, a man of mixed-race, and a middle aged man, my heart actually breaks a little as to how relevant they still are.

Wow. It’s a little hard to believe that this is a comic-book review. This needed to be said though, as this is one of the aspects of John Stewart that makes him far more real, and unique. This man was a soldier, and an architect; two extremes if ever there were any. A warrior, a fighter, and a killer; and a designer, creator, and home-builder. This is man who struggled his whole life; not with parents being murdered in an alleyway, or by escaping from an exploding planet, but by simply living in a world that treats people differently because of the color of their skin. No, John wasn’t the first black superhero, but I still believe he was the first that knew what it that actually means. This guy wasn’t a rich, African Prince with a nation at his command, he was a guy just trying to get by.

Then he got given the most powerful weapon in the universe. 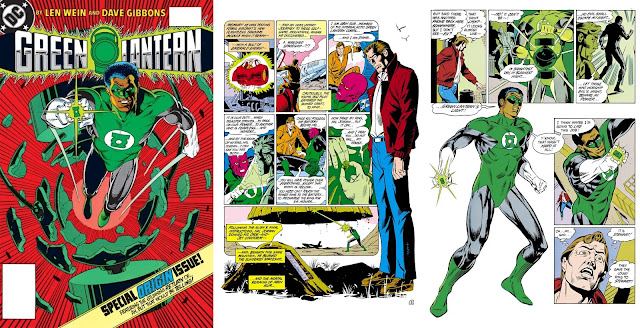 Green Lantern: John Stewart – A Celebration of 50 Years is a tough read in places. Stewart suffers, he falls, he fails. Sometimes because of the situation, others because of overconfidence, and yet others because the life of hero isn’t always honors, celebrations, and ticker-tape parades. What I love is that, even after experiencing horrors that would break most men, John Stewart stands up, dusts himself off, and keeps on fighting.

Whether he wears a Green Lantern Ring, a violet one, a builders hard-hat, a marine’s uniform. If he’s a superhero with a magic ring, or even without a costume and super powers, John Stewart is a hero. The man we see at the end of this book, and in the brilliant Future State: Justice League, isn’t the same man he is at the beginning. 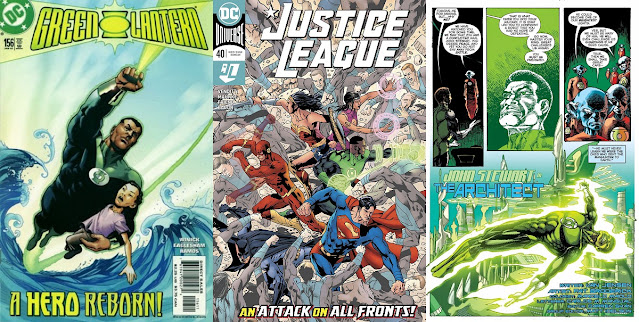 If you want to see a life truly lived, warts and all, this book goes further than most in showing that. There’s tragedy, loss, and horror mixed in with the action, spandex and super science. While John Stewart is far from perfect, he’s still a kinder, more generous soul than many of his Justice League colleagues. Which other hero educates, rebuilds homes destroyed in a superhuman battle or tries to find a cure for aliens suffering a pandemic (that felt pretty real, this time around)? This isn’t a book all about flying around, beating up bad guys, and saving the universe… though we get all that, too.

What this book delivers is everything you want from a comic, plus a real look at the real world. What more could you want? If , however, you’re expecting laughs and fun, there’s not much of that in to be found. This character wasn’t around in the 40s, 50s and 60s, he was burn a year after I was… but, damn if he hasn’t worn it way better than I have. What you will get is a man who grows; in confidence, in competence, and in wisdom. 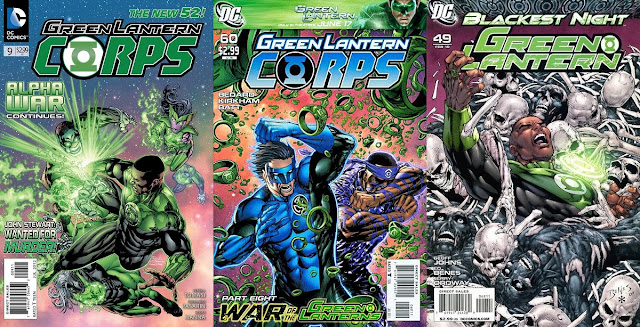 The book is written, drawn lettered, and colored by some of the finest talents to evert grace the comics medium. We get tales from 50 years and 7 decades and even glimpses of the character from his animated TV appearances, plus commentary from actor Phil LaMarr, who played him in Justice League, and Justice League: Unlimited. There really is something here for any comics fan, and it’s a highly recommended read.

This isn’t a book full of laughs and levity, in fact the darkness in places feels almost too real. This is a man who’s lived, laughed, lost and learned. I urge fans of the character to pick up this book, and the Future State: Justice League collected edition, which comes out on the same day. You’ll get to see man grow, and maybe you’ll be inspired by his journey.

Green Lantern: John Stewart – A Celebration of 50 Years is the book for anyone who wants more than just standard superhero fare. For a man that battles aliens, travels to far off worlds and wields a ring than can make anything he sees in his mind appear, and function; for someone whose entire life is a sci-fi fantasy, John Stewart is a contender for the title of most real, realistic, and human character in all of comics. I’ve always been a fan, and now more than ever.

It’s out to buy on June 22nd, but available to pre-order on Amazon, direct from Penguin Random House, and all good book retailers right now. 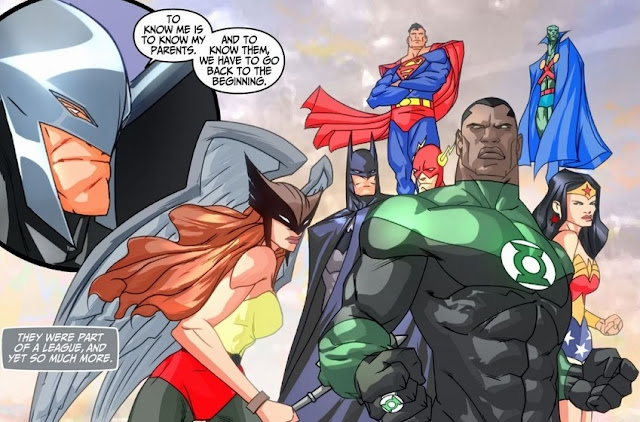