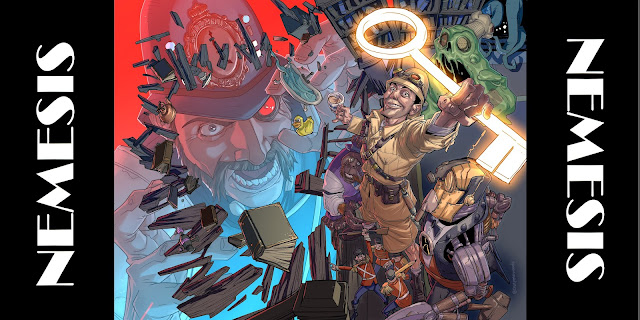 Now, at last, the wait is over! With "Nemesis" we finally find out what happened to the Prof and Jeffers after being captured by Mr. Swan, Gideon, and an unnamed, though utterly terrifying, new enemy. The best part? The wait has proven to be well worth it! 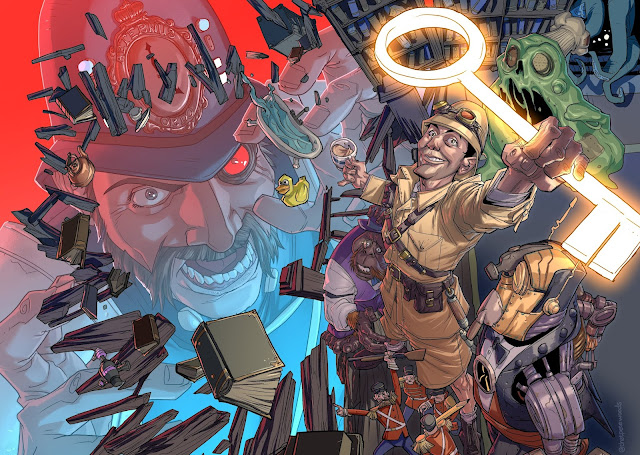 The album begins with a pumping intro that shows the terrific atmosphere of one of the Prof's live shows, but by the second track, we start to realize that something's not right, thanks to the way the song ends. These tracks lull the listener into a false sense of security, before the world, and the album, go completely bonkers.
From the third entry onwards, the rest of the album becomes the fantasy/comedy/chap-hop/steampunk/sci-fi sequel we've all been craving since 2018.
We're introduced to the "Nemesis" of the title and learn why he hates The Prof so, and meet a bunch of amazing characters who are either enemies, allies, or both to our hero and his butler as the adventure progresses.

What follows is a trek through a time-locked Elemental Manor; a basement-dwelling, wall-crawling, bath-swimming, attic re-visiting, rap-battling masterpiece. It's a hilarious, thrilling, heartwarming, and heartbreaking romp for the lug-holes. "Nemesis" is easily the best Profesor Elemental Album since the last one. 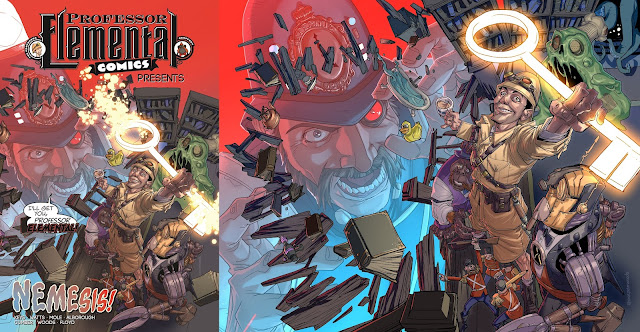 If I have one tiny gripe about "Nemesis" is that, while I adore all the amazing guests that make an appearance, I do think that there's less Professor Elemental on the album than I would've liked. While on Previous releases The Prof at least duets or collaborates, there are tracks on "Nemesis" that are completely Prof Free. I know that he's been banished out of time and space, but "Prexit" is something I'd never sign up for.

Saying that what we do get is a sentient food, tin-soldier, time-travel, alternate reality slice of wonder that's well worth spending your hard-earned pennies on. In fact, if there's a vinyl release on the horizon, then I'll be buying a second copy!

"Nemesis" and the comic-book companion that comes with it, are absolute winners and highly recommended.