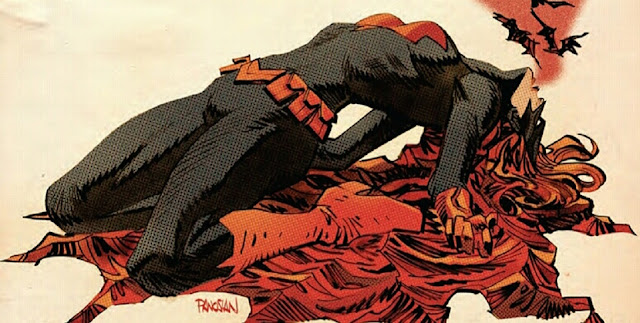 “The Fall Of The House Of Kane” – Part Three 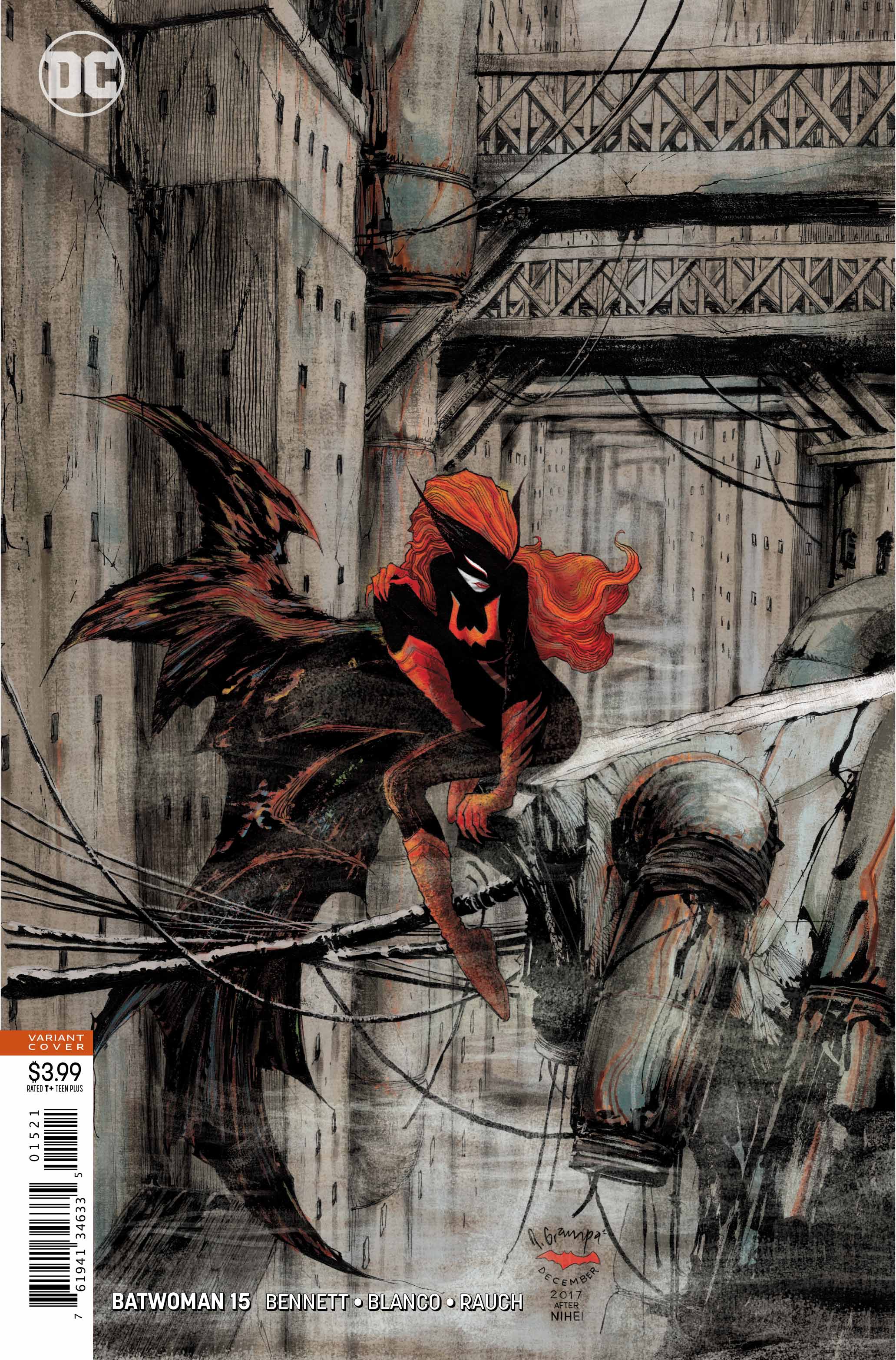 Writer: Marguerite Bennett
Artists: Fernando Blanco & John Rauch
Review by Steve J. Ray
Gotham City has gone Bats… literally! At the end of issue #14 Beth Kane, A.K.A. Alice, unleashed a swarm of virus infected Bats upon Gotham City. After a year away Batwoman has finally returned home, to a city under siege.
This issue gives us comics the way they’re meant to be; ridiculously high stakes, pulse pounding action, great character moments and some truly gorgeous art.
Marguerite Bennett has delivered another enthralling script, accompanied by some of the finest visuals that this title has ever boasted.
I’ve mentioned on numerous occasions that I’m not the kind of person that will fall for the multiple cover ploy, but with Batwoman #15… both the stunning Rafael Grampá alternate, showing Batwoman perched on a gargoyle, and Dan Panosian’s sublime bat-attacked Kate Kane on parchment are stunning. The interior art continues the trend. Check out the covers, and the first five pages for yourselves. 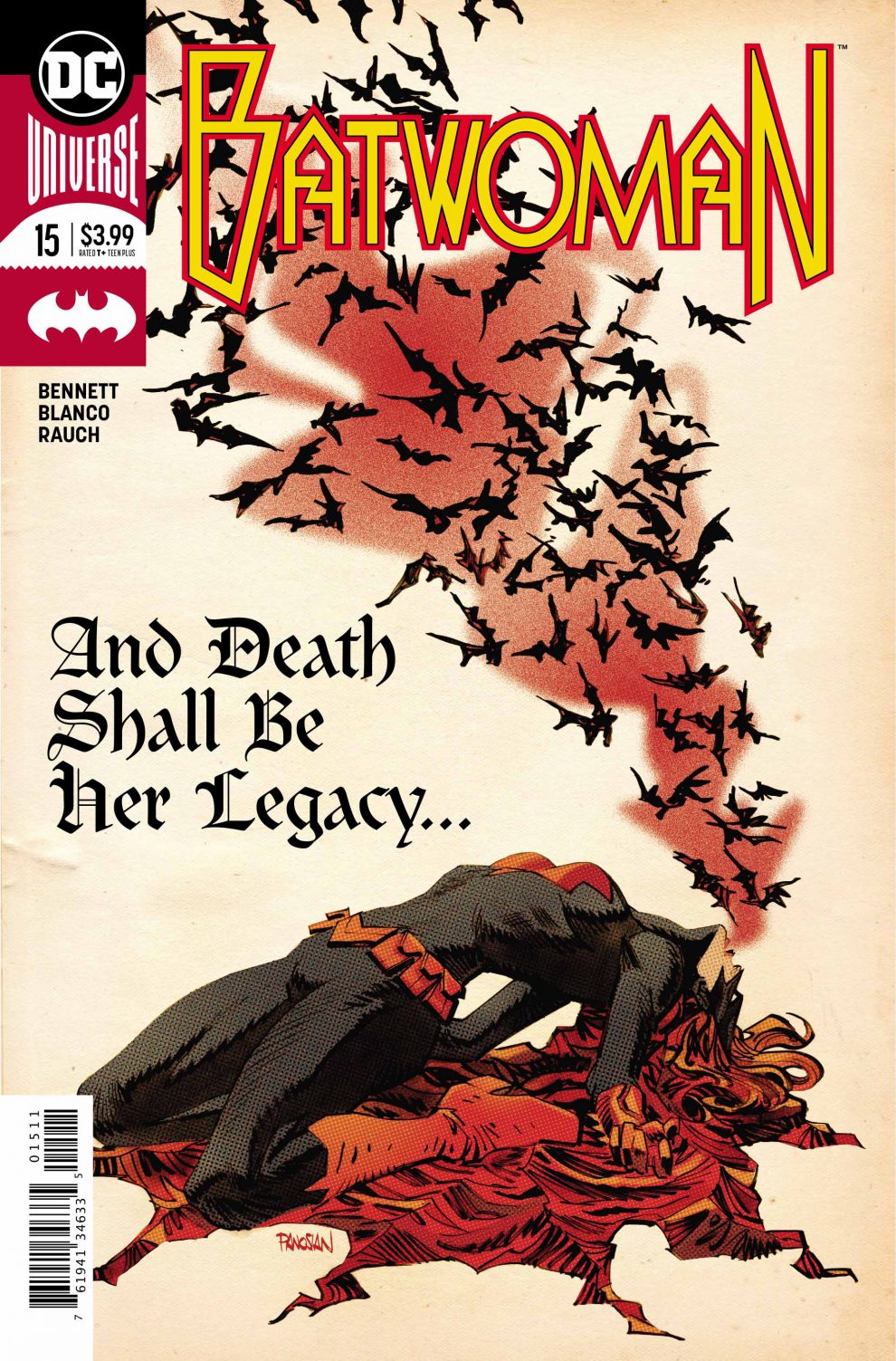 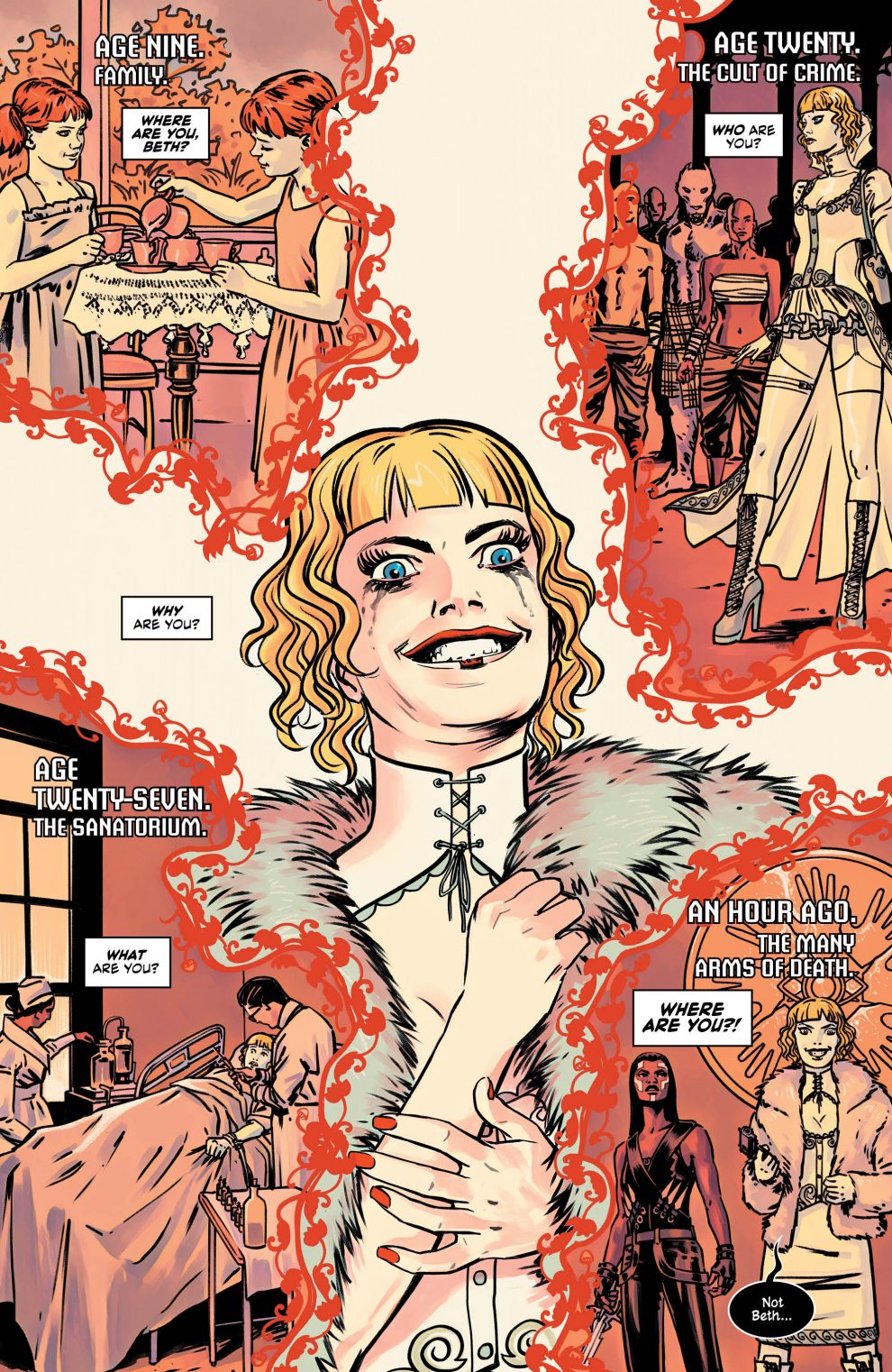 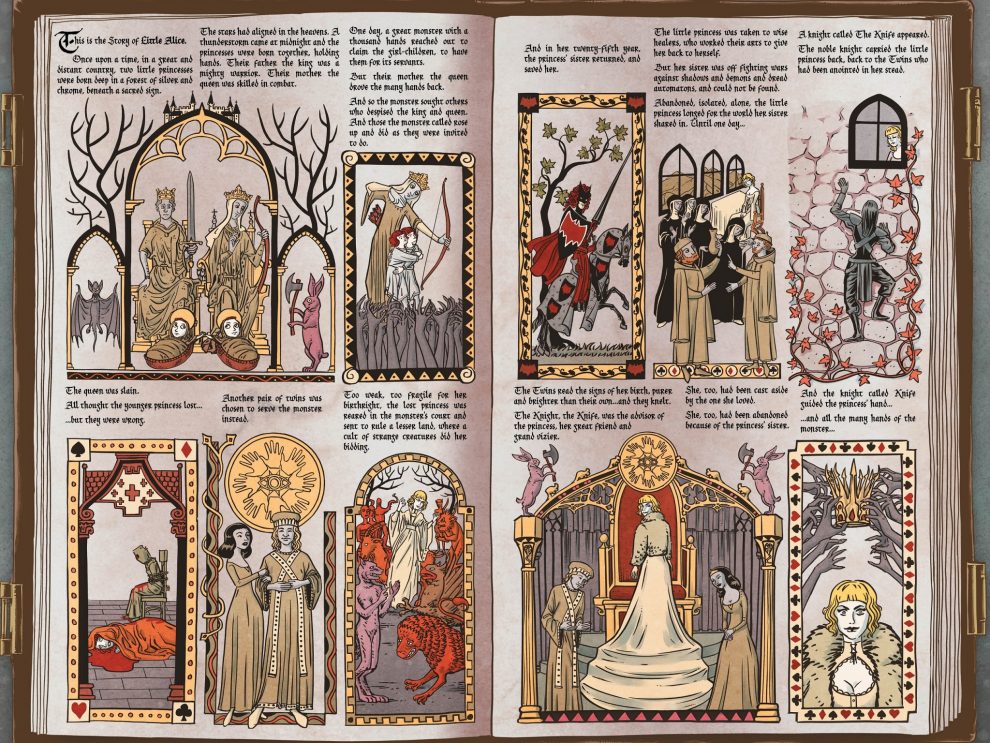 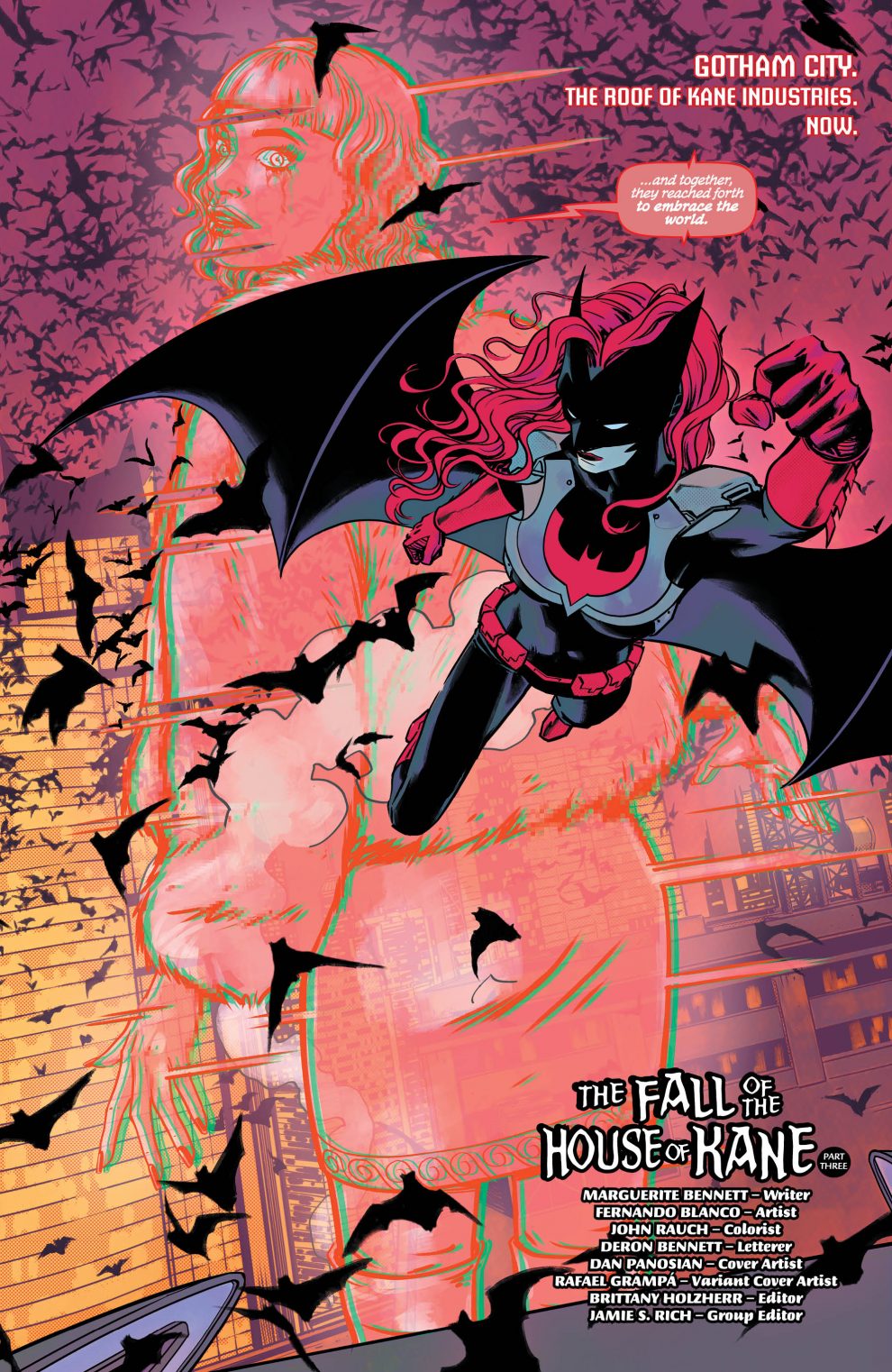 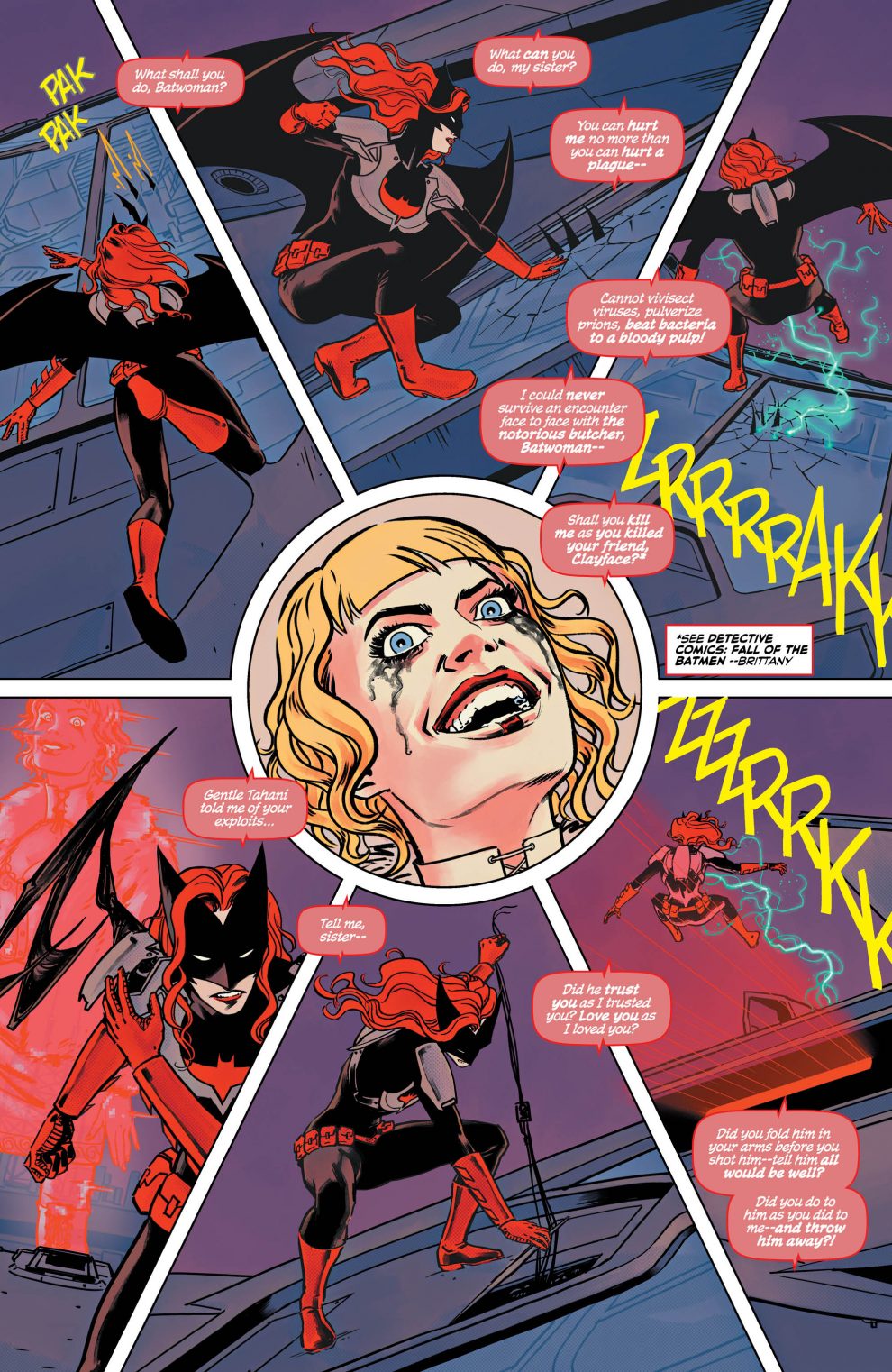 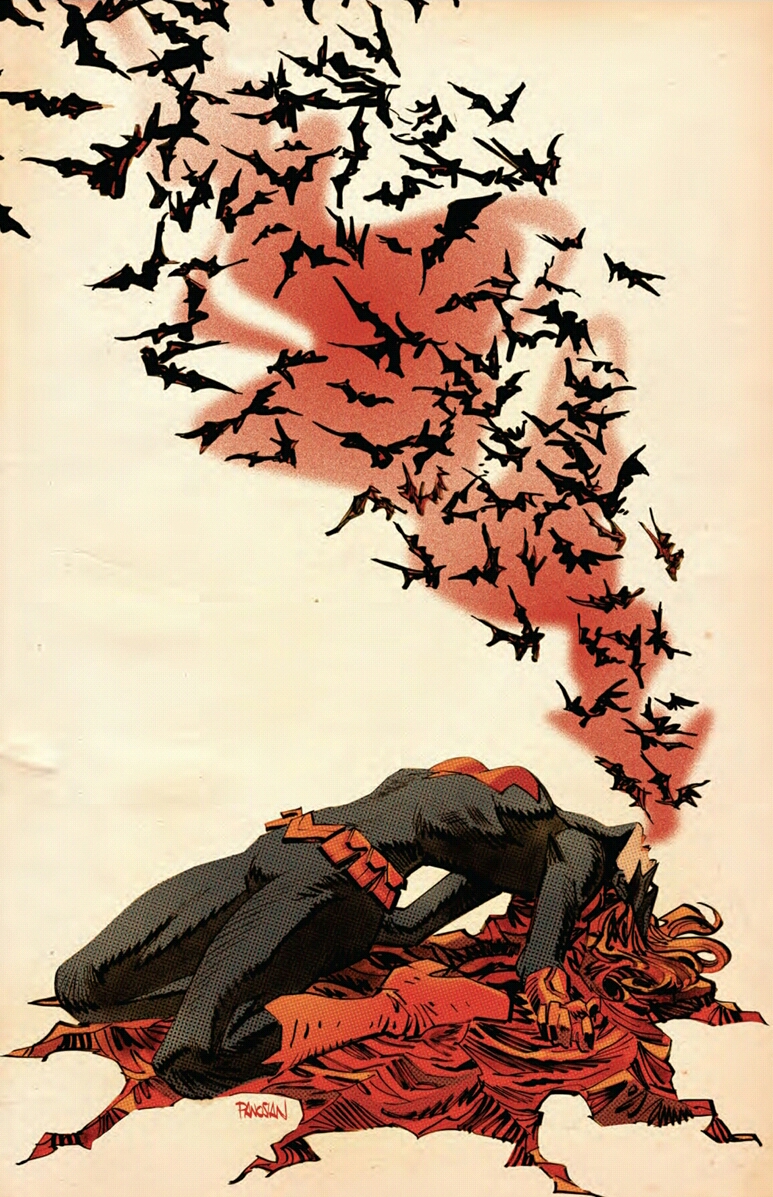 Fernando Blanco and John Rauch have given us a comic that looks like nothing else on the shelves. The way they play with the panels and borders, Rauch’s experimental color choices, and the feel of the book are reminiscent of John Totleben’s stellar work on Alan Moore’s Swamp Thing. If you’ve ever read those comics, then you will know that this is high praise indeed.
I must also give huge kudos to letterer Deron Bennett this month. Wow. The double page spread – the best recap of a comic character’s life that I have ever seen – is incredible. Not only have Fernando and Rauch drawn these pages in the style of a medieval tome, Deron has created calligraphy worthy of the kings of olde Albion. Go, team… good job!
Observant comics fans may be asking themselves; with terrorists, assassins and infected bats attacking Gotham, where on Earth is the Dark Knight? I cannot reveal the answer dear readers, as it would break the international treaty against the divulging of spoilers.
With the news that the Arrowverse will be receiving a visit from Batwoman in next season’s mega crossover, now is a great time to be a Kate Kane fan.

One of the many questions raised by fans over the last year or so is, when exactly is this story set? Marguerite Bennett finally answers that question this issue. The genius part is, like with any great writer, the answer raises even more questions, leaving this reader, at least, hungry for more.