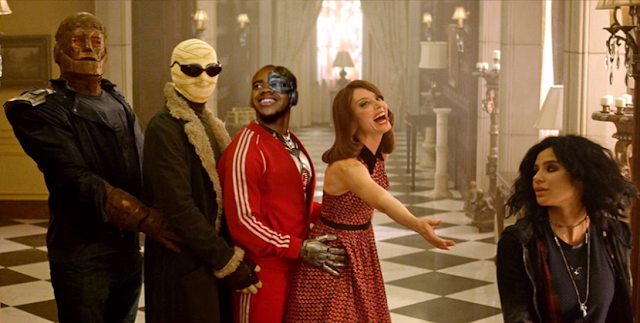 The quest to find Niles Caulder continues. Last week Mr. Nobody formed a temporary truce with our gang of gaga guardians in order to save the world. When it was all over, bar the screaming, the fourth wall breaking bad guy left the words, "Doom Patrol" in Jane's head, leading her - and us - to this chapter, and it's strange, strange title. 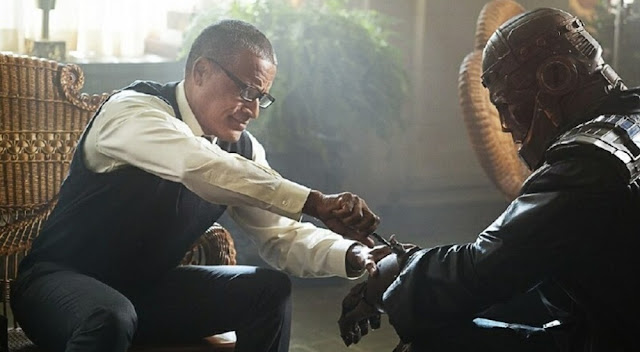 Have You Tried Switching It Off... Then On Again?
This episode focuses around two stories, the first set around Cyborg and Robotman. After defeating the Decreator Victor's arm-cannon overheated and exploded, leading Cliff and the team to call in Silas, Cyborg's dad, for help. It was great seeing Phil Morris back as Stone Sr. and his interactions with both Joivan Wade, and with Robotman were brilliantly written and acted.
The feelings evoked by Cliff missing his daughter, nicely paralleled and mirrored the strained relationship between Cyborg and his father. The themes of parenthood and broken families are incredibly strong ones in this series, but so are those of healing and redemption. Yes, this show can be gruesome, violent, and downright bonkers, but that's just gravy. The real meat and bones stories and messages are about as positive and wholesome as you can get.
This series may not have characters that qualify as brain boxes (except maybe Cliff, but that's a physical thing, as opposed to a measure of intelligence) but every single one of them has heart, (except maybe Cliff, who has some kind of mechanical pump that feeds oxygen to his brain, but... you get the picture).
Vic's blowout also caused Cliff some damage, which leads to one of the funniest lines ever. I'm not one to point the finger, but there are some things one just shouldn't say in polite company. 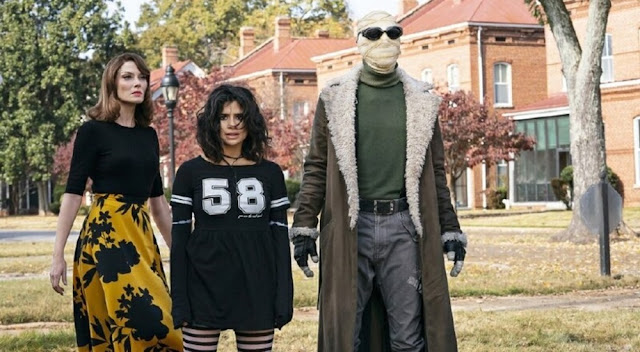 Blasts From The Past
While Cliff and Vic get their repairs, Larry, Rita and Jane go in search of the "Doom Patrol." Yeah, you read that right.
Both this show, and its predecessor on DC Universe, Teen Titans, really do deliver some glorious gifts for fans who, like myself have, ahem... been around for a while. New viewers, or those not very familiar with the Doom Patrol outside of this show, may not know that the core group of Robotman, Elasti-Woman and Negative Man are NOT the only individuals who have been part of the team.

Yes, folks, it's ancient comics history revisited time.
This show has, obviously, brought the most well known members of the team to the forefront, but the writers have dug into the comics archives and pulled four more vintage Doom Patrol members out of mothballs to test our wits, and our Google Search abilities.
As everyone knows, I am NOT one for spoilers. Instead, I will just drop the names Mento, Celsius, Lodestone and Tempest on your laps, and leave you with pictures of their comic-book counterparts. When you hear the names Steve Dayton, Arani (Desai), Rhea (Jones) and Josh Clay, you can try and work the rest out for yourselves.

Damaged Goods
While we are always learning more about Niles Caulder, the Doom Patrol(s?) and their pasts, this show is so cunningly layered, and well written, that we often get two new questions asked for every answer we're given.

What's the story behind Niles Caulder and his never ending quest to "Help" psychologically damaged meta-humans? We can work out that Rita's messed up DNA slows or has halted her aging process, Larry is being kept alive by Rebis, Cliff's mind is being shielded within a nigh-on indestructible Metal shell and Jane is 64 different people who only age when their individual personalities are dominant.
Why, then, does Niles Caulder look the same now as he did in the 1950s? He's remained virtually unchanged since he took in Rita, Larry, Cliff and Jane, decades ago. The fact that he was up and about on two legs last week, and didn't need his wheelchair also raises questions. The revelation of this other Doom Patrol raises them so high that the air's getting quite thin up there.
Yep, I want answers. I bet you do too! 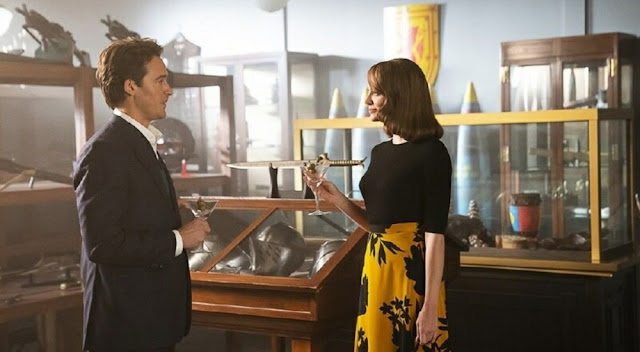 Conclusion
This episode saw relationships rekindled, old secrets revealed, and ancient fears revisited. As one of those old comics super-nerds I loved revisiting some sixties silliness, seventies science, eighties effervescence and nineties naughtiness. There's a truckload of geekgasm worthy Easter Eggs in the old Doom Patrol's trophy room... see how many you can spot!
I'm in love with this show, so cannot wait for the next episode. Where's Rip Hunter's Time Bubble when you need it? Hang on... Eobard Thawne had it last, in this week's episode of the Flash.

Oy, Cisco! Can I ask a favour?