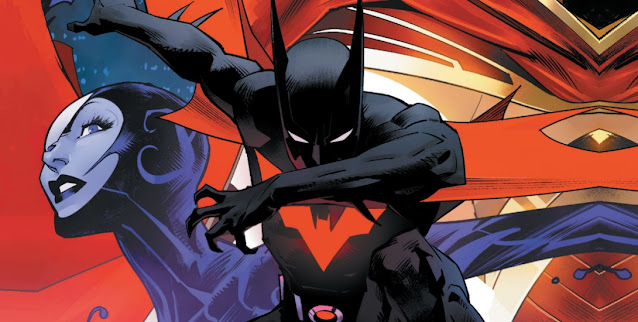 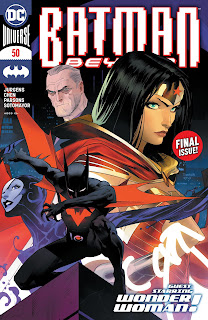 To quote myself, from episodes of the I Am The Night podcast, the news of Batman Beyond #50 being the title’s ending “makes me cry every time”. Not literally of course, but losing this series, something that Jurgens has run masterfully for over five years, and that I have followed for much of that time, feels like a very heavy loss for me. Endings are hard, but this poignant one was handled with the care and sincerity that only a long, but successful run could ever hope for.

The admittedly very 1990’s take on the distant future, given to us by the Saturday morning animated great, has been shot into the now. These creative teams have worked wonders in bringing the neon street gangs and flying cars of Neo Gotham to comics, and making them work with the gritty tones and masterful color work that what we expect from today’s science fiction. I’ve remarked that this world seems all the more sci-fi, because the strange tech that’s abundant in this future, unlike the already very advanced DC present day, which is something my family and I call ‘5 minutes in the future’. This comic has unexpectedly brought me one of my favourite, but real visions of years still to come.

Batman Beyond #50 plays with our emotions very well. Honestly, who can trust writers these days? We worry about the honor of Batman, or the mortality of his family almost immediately. We get levels of dread about death and endings all the way through. I think that’s very apt. The art by Sean Chen, Sean Parsons, and Chris Sotomayor in this finale is great too. It evokes the TV show, yet has all the detail and atmosphere that only comics can deliver. 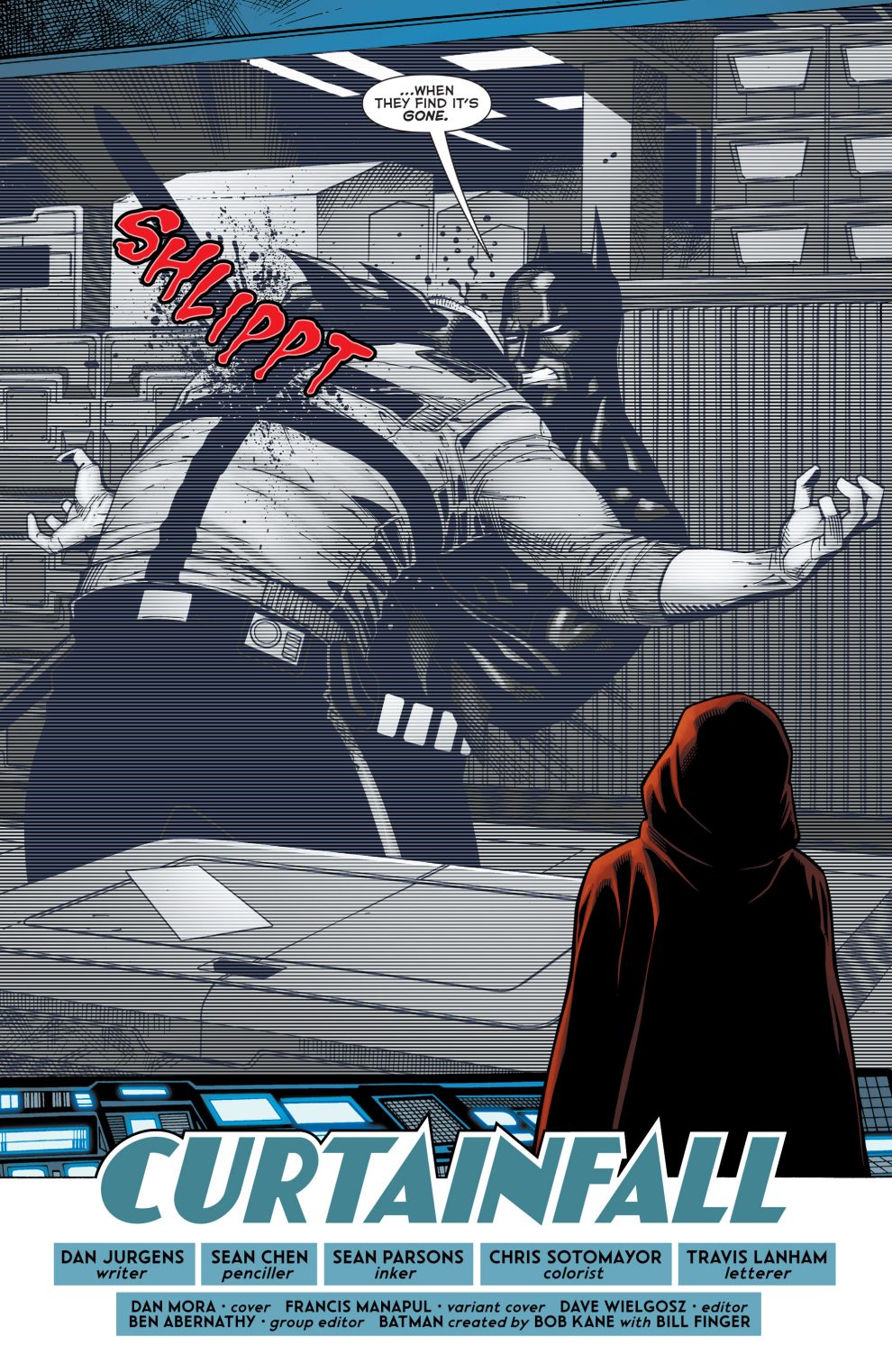 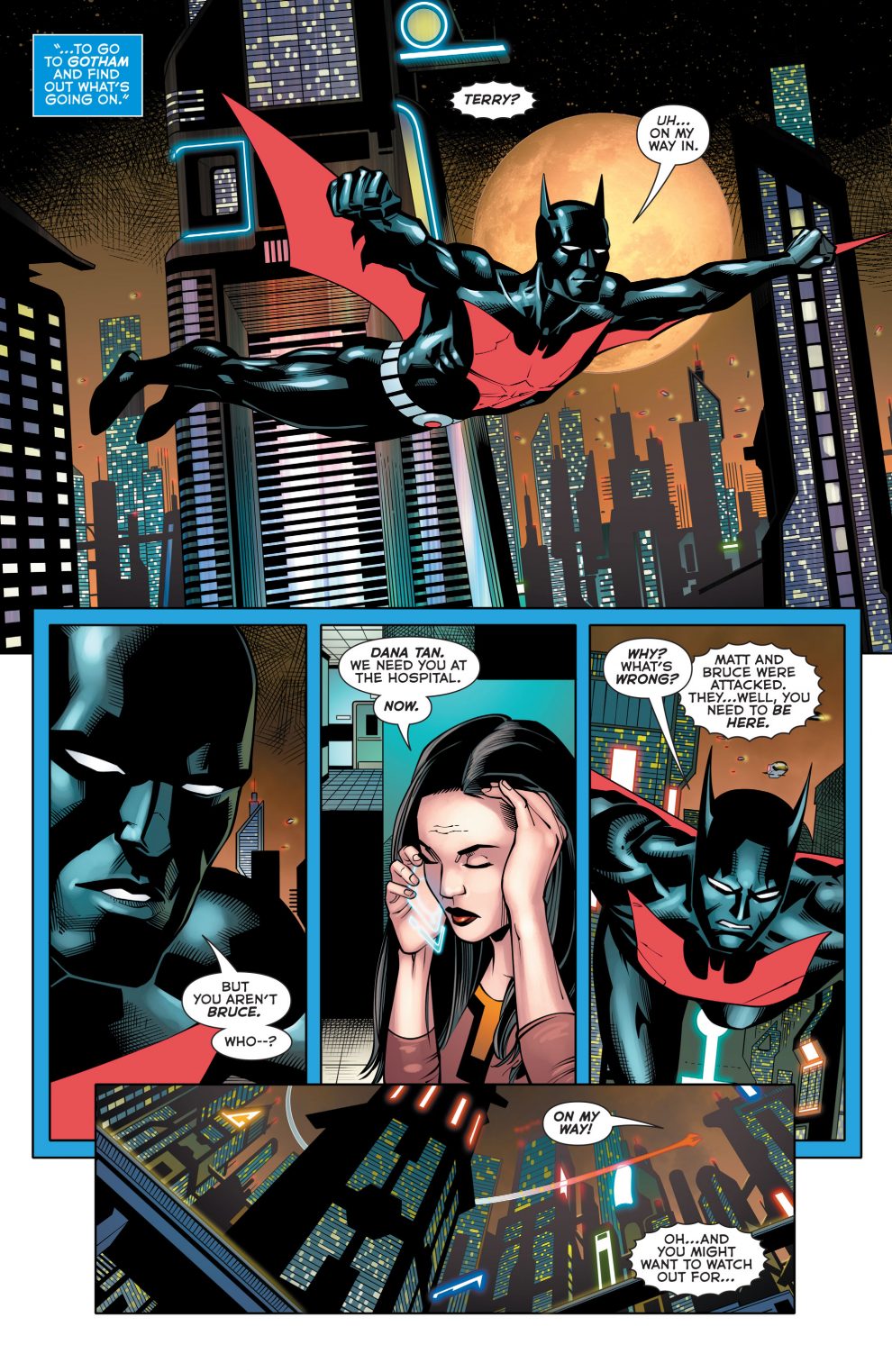 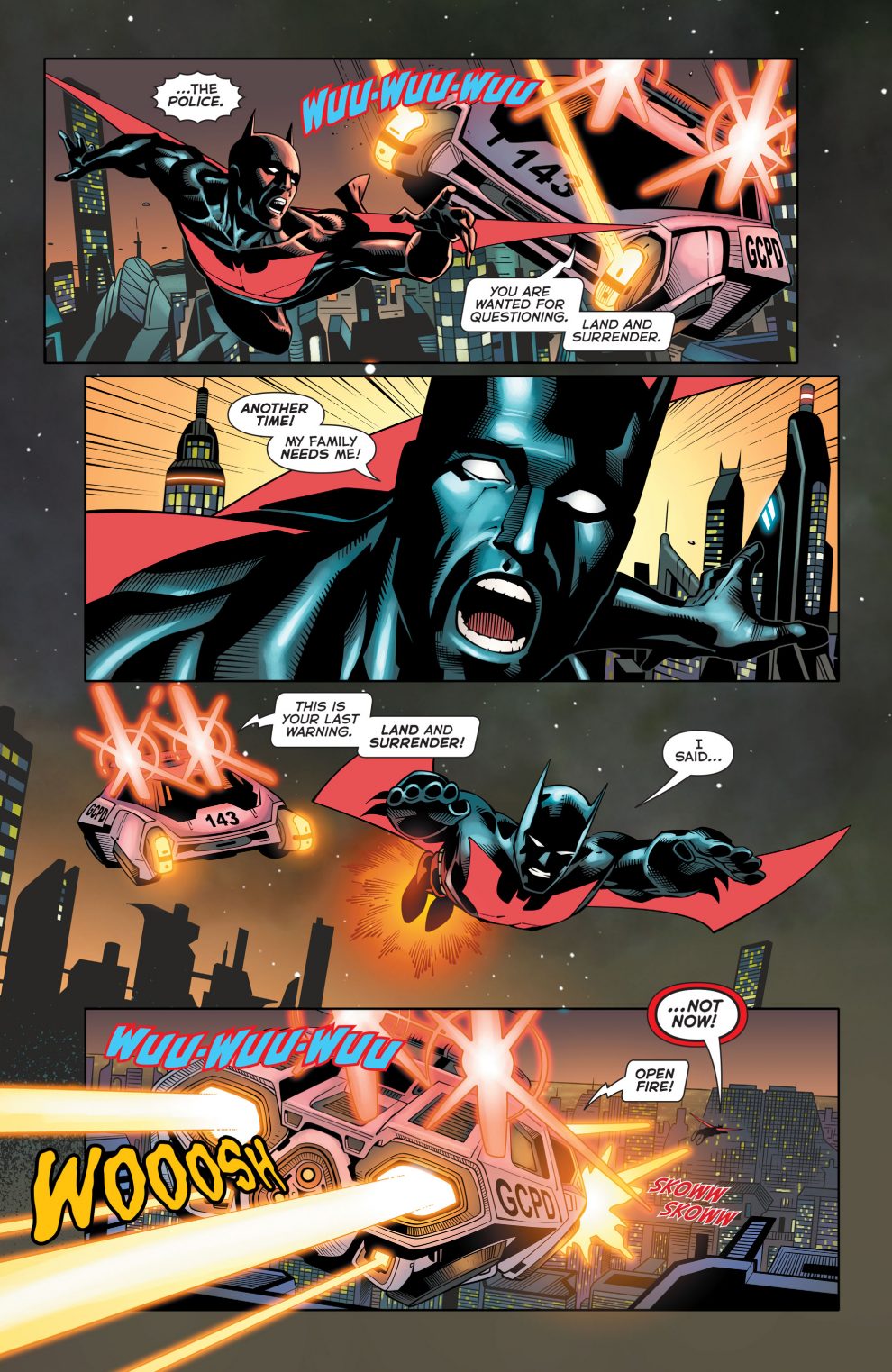 Another legendary figure also returns, and it’s a welcome surprise to say the least. It must be very nice to be immortal and eternally fabulous like Wonder Woman, a fact I honestly really should have considered when at seeing the cover to this issue. The dramatic, but correct, conclusion leaves us hungry for more… if only there were more to come. Like I said, I cry every time.

The Future Is Now

The creative team have always maintained masterful knowledge of the circle of characters, and brings the “past” to the now. This run has brought Damian Wayne to this vision of future Gotham, which fits, and makes total sense. The character didn’t exist when the show first came out, so they’ve written him into continuity by saying he was a reclusive leader of the League of Assassins (until he wasn’t), bringing this title into plausible DC canon. The Joker – not one of the pretenders –  the Joker brings his very worst, showing that true villainy can’t be destroyed. One of my favourite stories on TV right now is one about a character who has nothing to do with the mystical space wizards the franchise was built on. I love anything that expands a well established story, and I love when it’s done well.

As an finale, this is a triumph. I was very quick to assume that things were at their most dire. Batman Beyond #50 brings the conclusion the title deserved, but sadly didn’t need. The series was hitting new heights as a look at Batman in high sci-fi, while scratching every need that super-heroics can deliver. The arcs have brought classics of the original animation, and classic comics, and tied it all masterfully with where the DC universe is now. I don’t know if there are other titles, or collections of characters outside of the DC mainstream quite like these, aside from the high magic of Justice League Dark.

‘Definitely Not The End’ is a closing statement I fully count on.