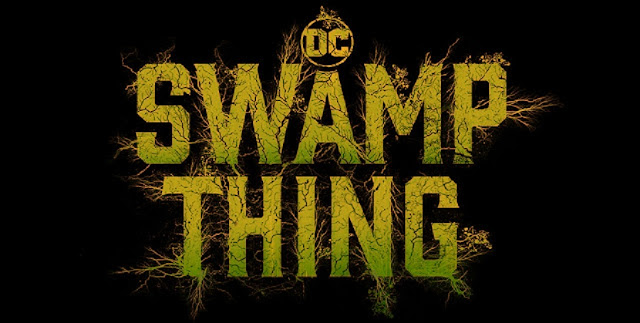 This series is very, very clever. The title "Brilliant Disguise" could actually mean so many things. At first glance, it could allude to the fact that Swamp Thing's connection to the Green allows Abby to see the soul of the man, as opposed to the face and body of the monster... that's definitely one interpretation.

The truth is though, as the episode progresses, we get to learn that many of the characters have secrets and mysteries of their own, making everything we've known about them - or what we thought we knew - crumble like an ancient facade... as if they'd been in disguise all along. 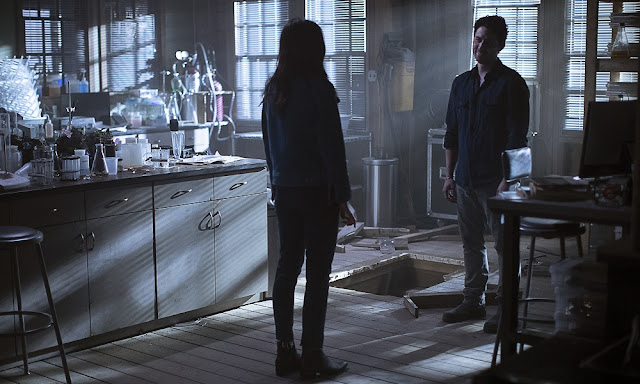 He's Andy To Have Around

At the end of the season opener I felt really sorry for Andy Bean. Here he was, the leading man in a new series, only to get shot, blown up and burned alive before the episode even ended. Yet, due to clever writing and direction, the creators of this show have discovered fresh, and ever more inventive ways of having him pop up every, single week.

Episode seven's solution to the Bean/Sprout dilemma is the sneakiest yet, and is so well handled that I now genuinely see both Alec and Swampy as one and the same. The genius part is that everyone watching, and a certain Ms. Arcane, feel the exact same way. 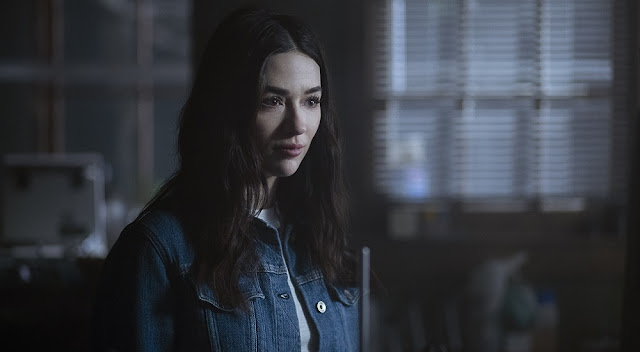 Reed All About It

I know I say this in almost every review, but it's the truth, dammit... Crystal Reed is awesome! Abby has always been one of the most believable, real and sympathetic characters in comics history, in my humble opinion. Warner Bros. have, in their infinite wisdom, cast an actress who isn't just playing Abby Arcane, she IS Abby Arcane. A character you can root for (sorry), care about, but really shouldn't mess with. This lady may be sensitive, but she's one tough cookie.

This week she and Alec get closer to uncovering the mystery of the darkness, decay and the Rot that is invading Mirais. As a fan of the comics I keep waiting for the other shoe to drop. The Green has already chosen it's champion by changing Alec Holland into Swamp Thing, but the Rot has a champion too. I still believe we got a peek at him in Abby's nightmare back in episode four.

Will Alec and Abby prevail? Or will she just have to tap out and say, "Uncle?" 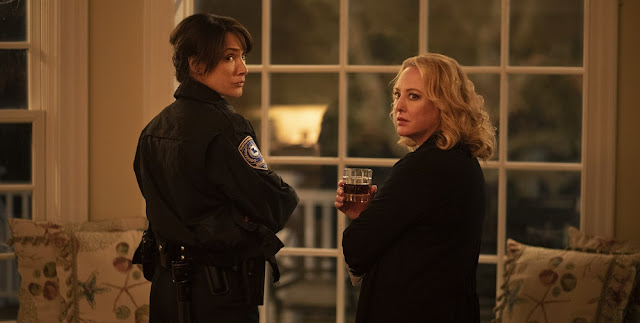 They say that the truth shall set you free. If that is indeed the case, then I'm really scared about what has been set free in the swamps of Louisiana. Avery Sunderland has proven to be as dark and corrupt a soul as one could imagine, but I still believe that there's someone out there who's darker... and he's coming.

Maria, Lucillia and Matt have also had their veils lifted, and the revelations about the three of them from episode six are tame in comparison to what we learned about them this week.

Swamp Thing has, yet again, proven to be one of the most intelligent, layered and complex dramas on television. There are only three episodes left and I'm well and truly addicted to this show.

As the blurb on the covers of the Swamp Thing Comics of the mid 80s quite rightly stated; this is Sophisticated Suspense.